Dino reacts “I’m no longer facing recall”
Earlier on Monday, Sen. Dino Melaye held a press briefing where he claimed that the 90-day timeframe for his recall had elapsed and therefore, he was no longer facing recall.
“It is, therefore, crystal clear, that by the provisions of Section 69(b) of the 1999 Constitution, INEC must act on the petition purportedly presented to it on the 23rd of June, 2017, by conducting the referendum within 90 days of the receipt of the petition,” he stated.
“In this case, INEC received the petition on the 23rd day of June, 2017. The 90 days period, as provided for in the Constitution for conducting the referendum (after our verification) elapsed by effluxion of time on the 23rd day of September 2017.
“The time, as provided for in the Constitution of the Federal Republic of Nigeria, having elapsed by effluxion of time, I, Senator Dino Melaye, cannot and shall not under any circumstance, aid and abet INEC to further desecrate and infringe on the provisions of the Constitution of the Federal Republic of Nigeria, which I have sworn to defend.
“Gentlemen of the press, my position in this matter has been affirmed by various Supreme Court’s decisions. I shall mention a few of these decisions to you, which by virtue of my legislative duties I have come across again and again,” he continued.
“First, is the case of NYAKO v. ADAMAWA STATE HOUSE OF ASSEMBLY & ORS (2016) LPELR-41822(SC) . In this case, it was contended that the period of eleven months during which the Governor was removed from office does not form part of the plaintiff’s term of four years as Governor of Adamawa State. The apex court held that this claim was unmeritorious.
“The court further held that ‘the Constitution of the Federal Republic of Nigeria, 1999 did not grant the Court the power to grant an extension of tenure to a Governor who has been improperly impeached. To hold otherwise would amount to reading into the Constitutional provisions that are not there.

Mr Melaye added: “Much as one may be in sympathy with the plaintiff/appellant’s cause, it seems to me that to accede to his request will occasion much violence to the Constitution, the courts can only interpret the Constitution Constitutionalt rewrite it.
“Gentlemen of the press, the next case that supports my position in this matter, is the case of All Nigeria Peoples Party (ANPP) V. Alhaji Mohammed Goni & ors (2012) 7 NWLR (Pt.1298) 147.
In this case gentlemen, the Supreme Court held with regard to election tribunal, that the time within which the jurisdiction so conferred on it is to be exercised/carried out, is provided for in Section 285(6) of the 1999 Constitution which enacts thus:- ‘(6) An election tribunal shall deliver its judgment in writing within one hundred and eighty (180) days from the date of the filing of the petition’.
“The Supreme Court further held that where a tribunal fails to comply with the above provisions, the jurisdiction to continue to entertain the petition lapses or becomes spent and cannot be extended by any court order howsoever well intentioned; neither can a court order, create and confer jurisdiction on any court/tribunal on any matter where jurisdiction has not been conferred either by statute or the constitution.
“The Supreme Court finally held: ‘the time fixed by the constitution is like the rock of Gibraltar or Mount Zion which cannot be moved; that the time cannot be extended or expanded or elongated or in any way enlarged; that if what is to be done is not done within the time so fixed, it lapses as the court is thereby robbed of the jurisdiction to continue to entertain the matter. 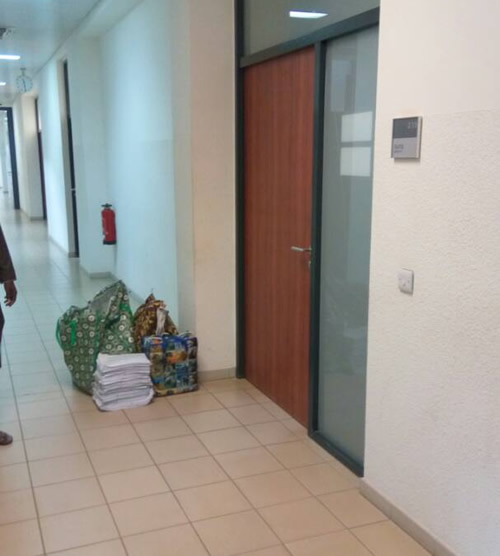 Melaye went further to state that “It is very worrisome that despite the decisions of this court, since October 2011 on the time fixed in the constitution some of the justices of the lower court still appear not to have gotten the message.
“From where will the election tribunal get the jurisdiction to entertain the retrial after the expiration of the one hundred and eighty (180) days assigned in the constitution, without extending the time so allotted? Do the courts have the vires to extend the time assigned by the constitution? The answer is obviously in the negative.’ Per ONNOGHEN, J.S.C.(Pp. 31-33, paras. A-C).
“Gentlemen, it is obvious, that these various decisions of the apex court considered, that the Constitution itself, cannot be amended by a mere pronouncement of a court of law.
It, therefore, follows, that specific provisions in the Constitution must be respected by all and sundry. This, the trial judge woefully failed to do when he elongated the 90 days provided for in the Constitution which according to him, had “paused” when the interim order for the maintenance of status quo was granted,” he said.

I want to ride from Lagos to Israel – Nigerian Bike Adventurer