“Once again within a span of one year, let me crave the indulgence of my esteemed readers to write a tribute of AVM Mukhtar Muhammed, pro-Chancellor, and Chairman Governing Council of Ahmadu Bello University, Zaria. The last tribute I wrote was that of my uncle Baba Abdulkarim Ka’ida “the Epitome of Due Process”, which was published on 4th November 2016 almost one year ago. Next week, I will return to “Breakthrough with Prof MK Othman”
On Sunday, 1st Oct. 2017, after my bout of squash at ABU Gym, my good friend Prof. Ado Sale, the Welfare Committee chairman of our Squash Club broke the shocking news of Air Vice Marshal (AVM) Mukhtar Muhammed’s death, I was momentarily frozen and couldn’t know what to do or say.
Involuntarily, I uttered “Kalu Inna Lilihi wa Inna Ilaihi Raju’un”. The realization that every living soul shall certainly experience death at appointed time comforted me. This death came when many of us least expect it but we have to accept the reality that death comes without notice.
AVM came into the life of Ahmadu Bello University at a time the university was struggling to keep pace with the reality; paucity of fund, numerous eggheads with their hotbed of ideas, sometimes being restive as their ideas could not be turned to reality due to dearth of fund, unbearable demands by the society for admission, jobs and contracts and many other cutthroat challenges.
It was the time when hopes were almost dashed that AVM briskly surfaced as the Pro-Chancellor and Chairman of the University’s Governing Council. He was appointed to that position on 9th May 2017 and died on 1st October 2017.
Within this period of 143 days as the Council chairman, he was able to raise hope of the entire University community at different strata. It was at the time when the expectation and hopes were high; the cold hand of death snatched him and made ABU an orphan.
To appreciate the efforts made by AVM and why he was completely different from the past Council’s chairmen, it is important to view the Nigeria system in respect of appointments into council universities.
Ideally, councils are supposed to be assets to their universities but many of them become huge liabilities to the extent that the system could do better without them. 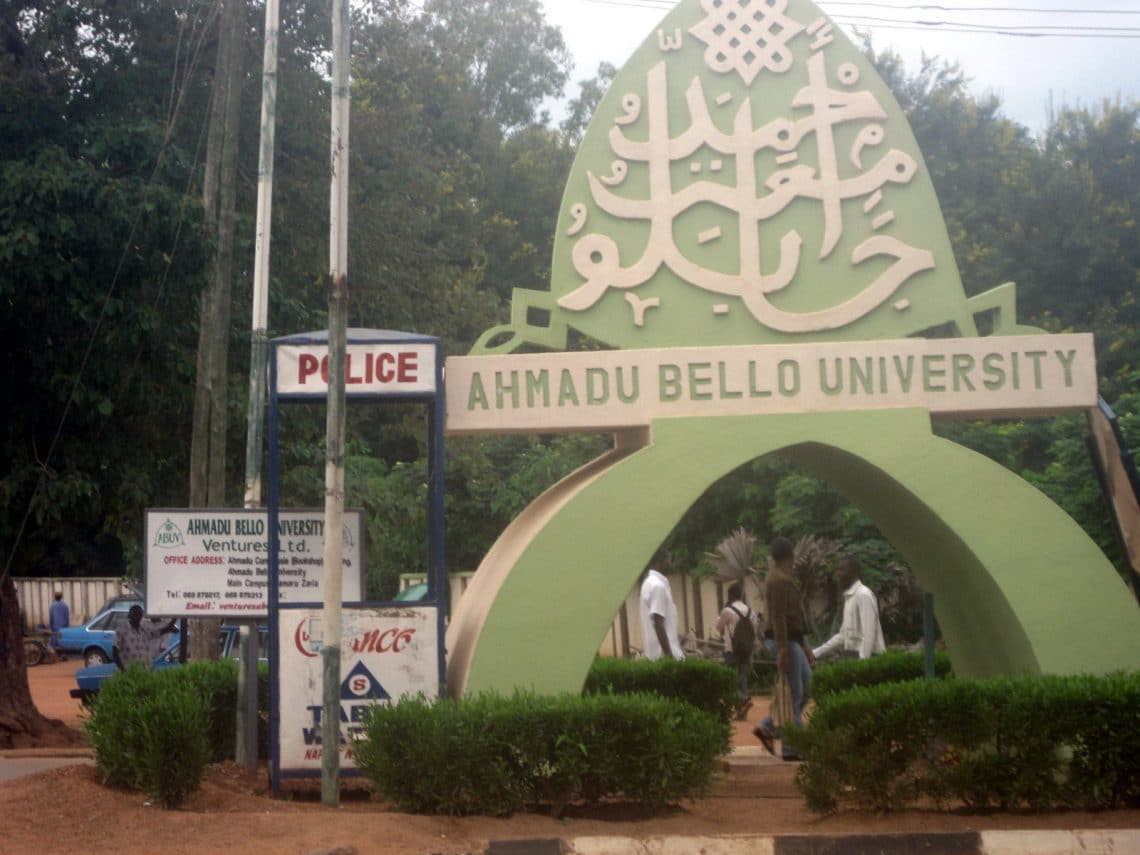 Take for instance, a case of one University who got a new Council’s chairman, the day the person was reporting to familiarize himself with the system, the best car of the University was sent to pick him from airport but he refused to enter the car because it was “too ordinary” for his elitist class.
Throughout the man’s tenure he was bringing one problem or the other and the university was fervently praying for his tenure to end. Some of such council chairmen try to compete with their Vice-chancellors in running the affairs of the Universities on daily basis. Some make the universities as an extension of their personal properties.
Thanks to the current University law that curtails and limits the excesses of governing councils, otherwise they would have clogged the wheel of the University system.
Over the years, ABU has had several Council Chairmen, some came and left without changing the situation, few impacted the system positively while others left it worse than they met it.
AVM was quite different; the first thing after his appointment, he studied the ABU system. He did not only rely on the briefs from the Vice-Chancellor and principal officers but he embarked on a tour of all the important units of the University and research centres. His visit to our centre, NAERLS was particularly spectacular.
He spent more time at the NAERLS national farmer’s helpline centre where he carefully listened to the brief on the aim of the centre. Being a former military officer, state governor and before his death, a community leader and practicing farmer, he was fully aware of the problem of Agricultural Extension system in Nigeria.
He was aware of the ratio of Extension Agent to farm families, an average of one extension agent to about seven thousand farm families, which is practically impossible to make noticeable impacts. He was also fully aware that farmers need effective extension delivery services to increase their productivity, which will reduce the massive importation of foods worth over ten billions of US Dollars annually.
AVM was therefore convinced that the centre was not only a promising and viable venture but seemed to acquire a magic wand for solving farmers problems directly. The NAERLS farmers’ helpline centre has a capacity of receiving 3,000 calls a day on the average of 4 minutes per call for eight hours in a day.
The centre provides technical information on proven and relevant agricultural technologies along the value chain of major agricultural commodities. The centre is also equipped with e-video conferencing facilities for an effective capacity building of personnel with resource persons making their presentation within or outside the country without physically being at the centre.
At the time of AVM’s visit, the centre was more than 90% completion and was only awaiting the integration of a shortcode become operational. AVM was visibly impressed with the facilities and amazed that the centre could not be functional because of non-integration of the shortcode. A task, he considered simple and should be resolved immediately.
As mentioned, AVM visited all the research centres of the University. At each centre, AVM demanded a brief on the centre, it’s mission, vision, mandates, achievements, challenges and the way forward. After the tour, the council sent a memo to the centres requesting a list of facilities, achievements, and challenges. Meanwhile, the Council planned to deliberate on the submissions made by the centres during a scheduled retreat, which couldn’t hold as planned.


The shock of AVM’s death was devastating to me for two major reasons. After my personal observations of AVM’s activities, I was convinced that ABU had found solutions for all its teething problems bedeviling its progress.
AVM toured the whole university, he saw teaching and research facilities brought in the 1980s and 70s, he saw the inadequacy of students’ hostels, built more than 30 years ago, he observed the overused and inadequate lecture theaters and many other infrastructural challenges commonly found in universities nationwide.
During one of the council meetings, AVM expressed his concern about the myriad challenges and the huge and quality human resources in ABU and his intention to adequately address the challenges and find lasting solutions to make the university be the greatest. He told the council that he would personally appeal to Mr. President and selected States Governors to come to the aid of this giant University, the pride of the Nation and a true national University. It is only in ABU that all the 747 LGAs are represented either by students, staff, affiliates or all.
The second reason concerned me as a person. During one of my periodic briefs on NAERLS activities to my vice-chancellor, I told him about the pending challenge to link Famers Helpline Centre with GSM service providers.
My principal promised to secure an appointment for me with the AVM. “I would personally take you to him on this matter and the issue will be completely resolved” declared by my principal with 100% confidence.
I was excited and my internal joy was limitless as making the Farmers’ helpline centre operational in 2017 was a collective target, we set for ourselves. My principal and I agreed to visit AVM’s House during the last Sallah celebration period, 2nd September 2017 for the appointment.
It was the same period that AVM fell sick only to receive the shocking news of his demise. May his soul rest in perfect peace and make Aljanna Firdausi be his final abode.
No doubt, AVM had sound and encyclopedic intentions for ABU; unfortunately, he could not realize them in his lifetime. Now, who can step into the shoes of AVM as ABU Council Chairman? Who can continue the good works of AVM for ABU? The selection of ABU Council Chairman is an absolute discretion of the University Visitor, in this case, our beloved President Muhammad Buhari.
He has many famous men and women who have distinguished themselves in their careers and will likely continue with virtuous works of AVM. Names like Ibrahim Coomasie, Dr. Mahmud Tukur, General Muhammad Magoro, General Alwali Kazir, Maj. Gen. Abbdullahi Bagudu Mamman and few others ring bell.
The idea is to find someone who respects the personal principles of AVM and wants to accomplish what AVM intended to do. The person should also be endowed with the wherewithal, enjoys tremendous goodwill, has the right connections and be ready to serve this great university with all his/her might for posterity. May the Almighty God guide us to have the right choice.

APC, 2023 elections and the prophecy of Bogaru, by Hassan Gimba

Naked Supreme Court dance not a bad thing after all, by Azu Ishiekwene