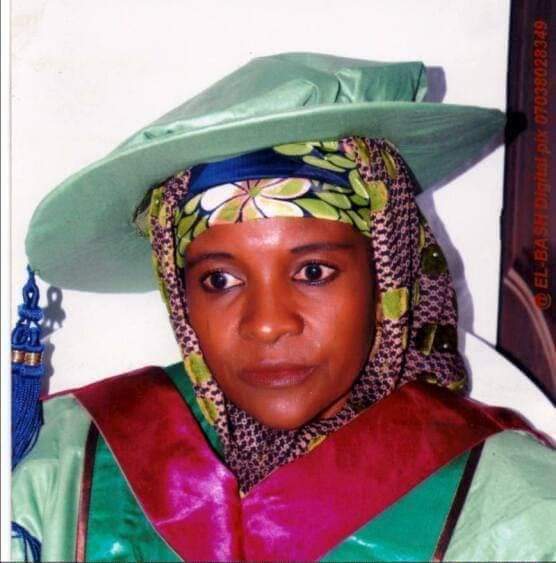 Girl child education in northern Nigeria has been on a lower index but Professor Maimuna Waziri succeeded against all odds to become the second female Professor from Yobe State.

Born in 1966 at Gashua town in Bade Local government area, Maimuna started her academic career at University of Maiduguri as a Graduate assistant in 1987 shortly after her graduation from Bayero University Kano, where she bagged a Bsc Degree in Chemistry.

Her love for the teaching profession made her to continue with her lecturing at the department of chemistry in the University of Maiduguri where she rose to the rank of senior lecturer.

Despite being a scholar in Physical Chemistry, Maimuna in 1997 was called upon to serve her State as Commissioner for Women Affairs and Social Development and later Commissioner for Commerce and Industries from 1998 to 1999.

She also served as a Special Adviser to the Governor on Industrial Development from 1999 to 2001 and Director of Science and Technology, Ministry of Education, Damaturu, from 2001 to 2007.

Professor Waziri was part of the team saddled with the responsibility of establishing the Yobe State University and when the university took off in 2007, she joined as a senior lecturer at the department of Chemistry and at the same time appointed the Director, School of Basic and Remedial Studies as well as the Dean, Faculty of Science from 2007 to 2009.

Maimuna is also a Fellow of Chemical Society of Nigeria and member of many Professional bodies, among which are the institute of Chartered Chemists of Nigeria, American Biographical Institute of International Research and The Third World Organization for Women in Science.

She is dedicated to learning, research and teaching and has served in various capacities in University of Maiduguri and Bukar Abba Ibrahim University, now Yobe State University, Damaturu and later moved to Federal University, Gashua, where she got promoted to the rank of Professor with effect from 1st October 2015.