The contributions of the three prominent ABU Agricultural Research Institutes (IAR, NAPRI and NAERLS) to the university’s technological impacts on the agriculture were highlighted in the last two parts of this article. Recently (19 and 20/1/2018), the University played host to the Minister of Agriculture and Rural Development, Chief Audu Ogbeh who toured the three Institutes on a 2-day working visit.
The Minister was shown the achievements recorded by the three Institutes since their establishments. IAR showed a number of different seed varieties, which were released. They included 54 varieties of maize, 48 varieties of sorghum, 17 cowpea, 13 cotton and four sunflower varieties among others. NAPRI presented livestock production technologies while NAERLS reported significant achievement in advancing the frontiers agricultural extension services through the use of ICT.
The minister expressed satisfaction and saluted the courage and efforts of the Institutes toward making Nigeria proud in the area of agriculture. Earlier, the Minister launched the donation of 370 motorcycles to extension agents in the State’s Agricultural Development Programmes in all the 36 states of the federation and FCT. The donation by the Federal Government was aimed at re-engineering extension service delivery in the country.
So far, much has been said about ABU’s breakthroughs in Agriculture. Although, it is generally accepted among the academia in Africa and beyond that ABU is a pacesetter in the field of agricultural research and innovations, however, the university has also performed excellently in other areas. Engineering is one of such areas. Department of Mechanical Engineering, Ahmadu Bello University, Zaria (ABU) had made a giant stride in the areas of automobile engineering by producing two Marathon cars namely ‘Abufeng’ and ‘Abucar II’.
The block bursting ‘Abucar II’ participated in the Road Show, organized by the Shell Petroleum Development Company, Nigeria in Lagos in March 2015 and came out top bypassing all the technical tests. The tests included safety, ergonomics, energy efficient, body and interior design as well as overall weight.
The special innovations in ‘Abucar II’ range from a Rear-View Camera System, a Soft-Touch gear selection system and a Rain Sensitive Wiper System. Over a relatively short time, the university was able to improve the design of Abucar II and thus, produced Zazzau III, an energy efficient car. Zazzau III participated in the Shell African Eco-Marathon Championship in South Africa in 2016.
The competition was hosted by School of Electrical Engineering, University of Johannesburg and took place at the Zwartkops Raceway with twelve participating teams. ABU Team won the Team Award for perseverance and a 3rd place award for the efficiency of engine design. 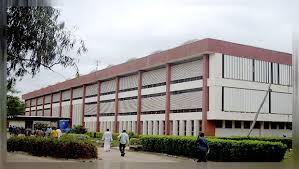 Frustrations of a Dancing Wannabe President (2), by Hassan Gimba

Frustrations of a Dancing Wannabe President (1), by Hassan Gimba

Tribute: Remembering Ahmadu Bello on anniversary of the establishment of ABU Zaria, by Comrade Olumuyiwa Onlede

Tribute: Remembering Ahmadu Bello on anniversary of the establishment...