Thousands of #EndSARS protesters in Edo on Saturday, October 17, 2020, converted the ever-busy Benin-Lagos expressway into a kitchen.

The protesters, in a relaxed mood, cooked and ate jollof rice under the pedestrian bridge in front of the main gate of the Federal Government-owned University of Benin (UNIBEN).

The protesting youths, however, blocked the expressway from the old toll gate to Uselu Market in Benin, a distance of about 10 kilometres.

This made many commuters stranded with complete standstill for over five hours.

Most travellers cancelled their trip while some later followed risky alternative routes. 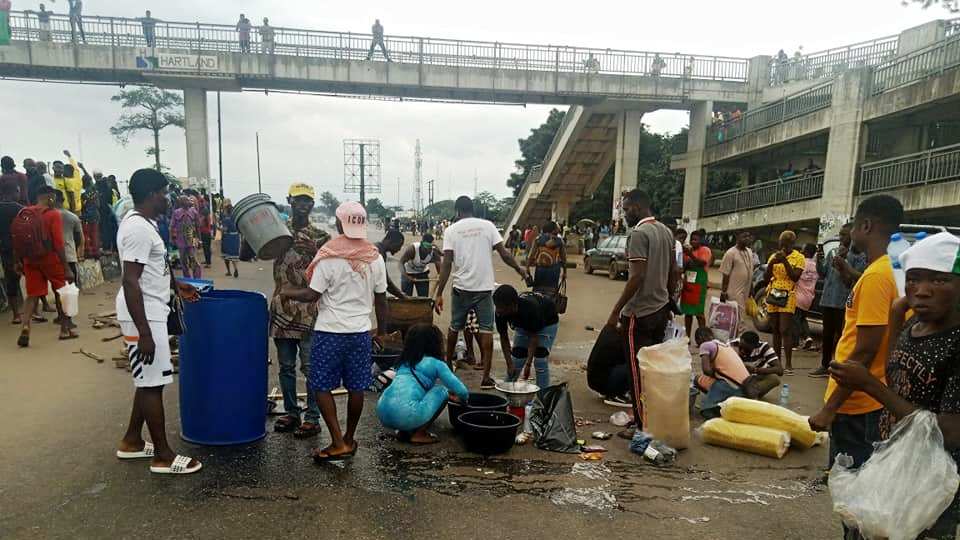 One of the protesters, who simply identified herself as Joy, disclosed the bags of rice and other items were donated by an unnamed supporter of the protest.

She called on the Federal Government to quickly ensure comprehensive reforms of the police for the protest to end.

Edo Commissioner of Police, Babatunde Kokumo, has however ordered a full-scale investigation into the immediate and remote causes of Friday’s killing of a protester in Benin.

He vowed to arrest the perpetrators of the dastardly act for immediate prosecution.

Kokumo, in an online statement by the Police Public Relations Officer (PPRO) of the command, Chidi Nwabuzor, a Superintendent of Police (SP), commiserated with the family members of the deceased.

The Police chief also appealed to the protesters to end the action to enable Inspector-General of Police (IGP), Mohammed Adamu, fully implement reforms.

Bill Gates forced to quit Microsoft after an affair with staffer

Bill Gates forced to quit Microsoft after an affair with staffer

Bill Gates was investigated after being accused of having an affair with a Microsoft staff member for several years. The 65-year-old billionaire, who recently announced...
Read more
Crime

Unknown gunmen have abducted Professor Grace Ayanbimpe of the University of Jos (UNIJOS)’s Department of Medical Microbiology and her husband. The couple was abducted early...
Read more
Local

Amid renewed attacks by terrorists in the North-East, the Chairman of the Senate Committee on Army, Senator Ali Ndume (APC, Borno South), says the...
Read more