An India police have arrested a Nigerian woman, identified as Oge Florence for allegedly stabbing her boyfriend, also a Nigerian, to death during a heated argument in India.

It was gathered that the incident happened on Sunday, October 25, at their home in New Delhi.

The victim has been identified as Obinna from Uli in Ihiala Local Government Area of Anambra State.

Confirming the incident, a source said the duo had a heated argument which led Oge to stab him in the chest with a knife.

A friend of the deceased, Don Mikky shared videos from the scene showing the suspect being led away by the police, adding that he had repeatedly warned Obinna to focus on making money instead of love.

He wrote: “Obinna see what you did to yourself I personally told you that this is India we came here to find money not to find love. if is true that this girl is the one that killed you that means you are a fool you did not do like real Uli son from Ihiala L. G. A. Shame to you wherever you are I will stop here.” 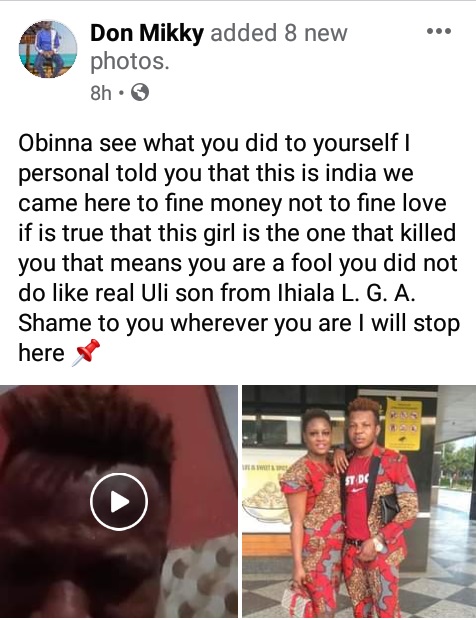 Ronald Koeman sent 10 youth players to Germany with the first team as part of Barcelona's pre-season, and all of the youngsters had earned...
Read more
Health

President Muhammadu Buhari has authorized the commencement of a major military operation to sweep bandits and kidnappers out of Katsina State. A major proactive operation...
Read more
Humanity

Governor Mai Mala Buni has rescued the family of a widow who called him during his phone-in programme at Yobe Broadcasting Corporation (YBC), to...
Read more

By Obani Obodo The question of Nigeria, being the giant of Africa in recent times has brought a lot of questions left said than answers...
Read more
International