Sandra Bullock has landed a plum role opposite Brad Pitt in one of the most anticipated new films.

The Oscar-winning star will be joining her friend Jennifer Aniston’s ex-husband Brad Pitt for the thriller Bullet Train, according to Tuesday report from Deadline.

The action film is based on the Japanese novel Maria Beetle by bestselling author Kotaro Isaka.

This is the first time that 56-year-old Sandra and 57-year-old Brad will be co-starring together.

In July Brad and Sandra worked together via Zoom on United We Sing: A Grammy Tribute to the Unsung Heroes.

In 2014 they were on stage together in New Orleans for a Make It Right gala.

Bullock was last seen in Bird Box and will next be in the untitled drama from director Nora Fingscheidt. 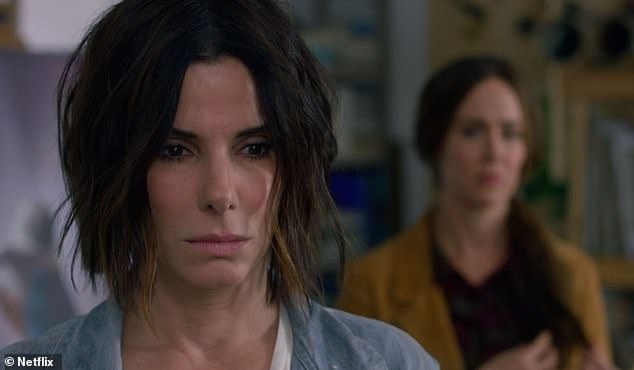 Pitt last starred in Ad Astra and he is producing the upcoming film Blonde.

In January King shared a dramatic selfie from the set of her new film Bullet Train. 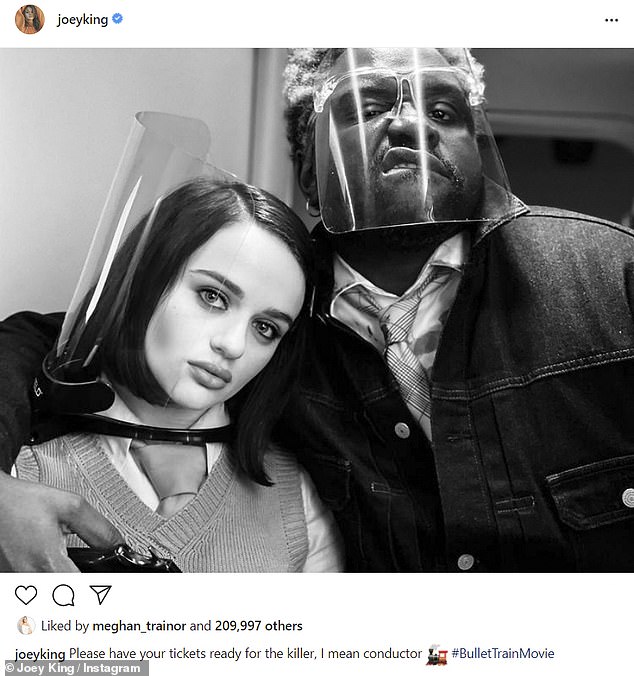 The star was posing with her costar, Brian Tyree Henry.

King, who gained notoriety for starring in the Netflix film series The Kissing Booth, posed with Henry in face shields for the black-and-white photo.

The pair had no-nonsense expressions on their faces, with Joey regarding the camera with a frank look and Brian giving his best snarl.

The young actress had her hair in a straight and neat bob, with heavy, makeup around her eyes.

Brian was dressed similarly, with a denim jacket.

King captioned the photo, ‘Please have your tickets ready for the killer, I mean conductor’.

She added the emoji for a train, along with the hashtag #BulletTrainMovie.

The film, following five assassins aboard the same high-speed locomotive.

Lady Gaga is also rumoured to have a role in the movie, although that has not been confirmed.

Bullet Train is being directed by David Leitch of Deadpool 2 fame.

The movie has reportedly been filming in Los Angeles, California for the past couple of months.

Prior to this project, Joey wrapped filming on The Kissing Booth 3, alongside her real-life ex-boyfriend Jacob Elordi.

Other upcoming projects for King include dramedy Camp, as well as the TV miniseries A Spark of Light.

In 2019, she scored a Golden Globe nomination for her role in the riveting Hulu miniseries The Act.