American rapper, singer, songwriter, and internet personality, Montero Lamar Hill, popularly known as Lil Nas X has been sued by Nike over the controversy around his pricy special edition “Satan Shoes” which was said to contain a drop of human blood. 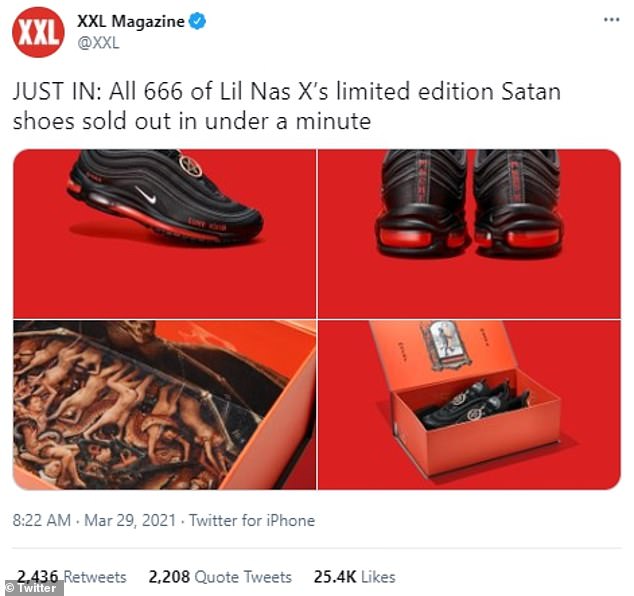 In a lawsuit filed on Monday, Nike accused MSCHF Product Studio, Inc. of trademark infringement over the designer’s 666 pairs of modified Nike sneakers made in collaboration with the “Old Town Road” singer. 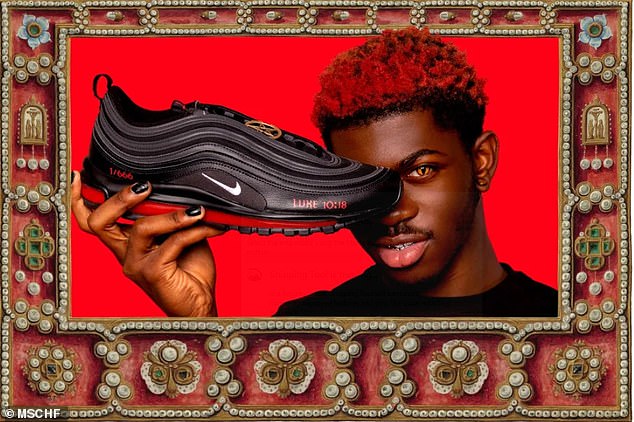 In its complaint, Nike (NKE) asked the court to order MSCHF to “permanently stop” fulfilling orders for the “unauthorised” Lil Nas X Satan Shoes. The lawsuit notes that social media users have threatened to boycott Nike over the controversial shoes.

“MSCHF and its unauthorised Satan Shoes are likely to cause confusion and dilution and create an erroneous association between MSCHF’s products and Nike,” the sportswear company says in its complaint.

“In the short time since the announcement of the Satan Shoes, Nike has suffered significant harm to its goodwill, including among consumers who believe that Nike is endorsing satanism.”

Lil Nas X isn’t named as a party in the lawsuit. Representatives for the musician, as well as MSCHF have not responded to repeated requests for comment about the lawsuit

Although MSCHF has not responded to repeated requests, calls or emails for comment about the lawsuit.

Nike has issued statements to multiple media outlets, including CNN, clarifying that it does “not have a relationship with Lil Nas or MSCHF” and that “Nike did not design or release these shoes and we do not endorse them.”

The modified black and red Nike Air Max 97 sneakers — adorned with a bronze pentagram charm and a drop of human blood in the mid-sole — are the latest customised Nike footwear product to be released by MSCHF. The company also released a pair of custom-made “Jesus Shoes” in 2019. 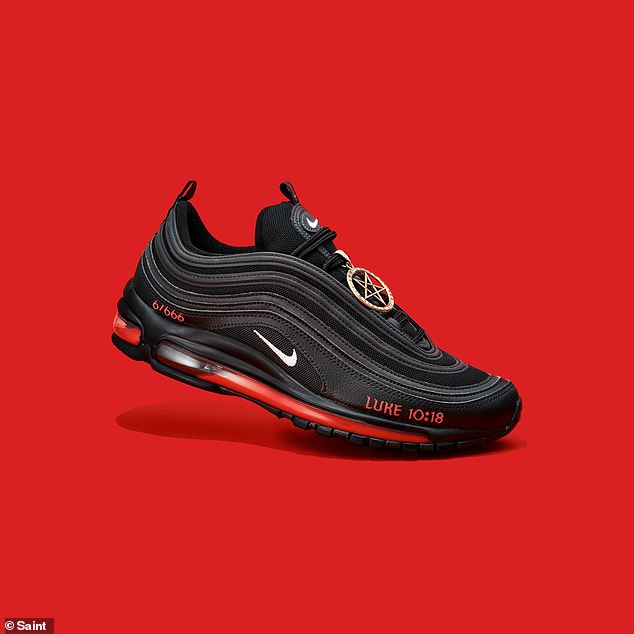 The controversy began last week with the release of the music video for Lil Nas X’s latest single “Montero (Call Me By Your Name).” The video portrays the provocatively dressed singer as both a fallen angel and a demon who rides a stripper pole to hell where he gives a lap dance to the devil.

At the head of the pack, Noem damned the rapper for his risque and irreverent religious theme in the run-up to Easter.

Following the video’s release on Friday, Lil Nas teased the release of his new Satan shoes on Twitter.

The day after Lil Nas X released the music video, he responded to the backlash with a post saying, “I spent my entire teenage years hating myself because of the s**t y’all preached would happen to me because I was gay,” he wrote. “So I hope u are mad, stay mad, feel the same anger you teach us to have towards ourselves.”

Lil Nas X who appears to be taking the criticism with a grain of salt, joking in another tweet said: ‘omg, if you roll down your window at Chic-fil-a playing call me by your name they give u a free sandwich and a lemonade’.

The fast-food establishment has a well-documented history of being devoutly religious and anti-LGBTQ.

The backlash made headlines when Governor Noem tweeted her displeasure at Lil Nas on social media.

‘Our kids are being told that this kind of product is not only okay, it’s ‘exclusive.’ But do you know what’s more exclusive? Their God-given eternal soul,’ she tweeted.

Lil Nas X is promoting Montero by collaborating with streetwear company MSCHF on the modified sneakers which have been marketed as ‘Satan’s Shoes.’

Their design includes a pentagram pendant, and an upside-down crucifix. Lil Nas is selling a limited edition 666-run of customised Nike Airs – a number often used to signify the Devil, the antichrist, or evil in general.

The shoes which will be on sale from Monday are being sold for $1,018, a reference to the Bible’s Book of Luke 10:18, a verse where Jesus describes seeing Satan ‘fall like lightning from heaven.’

MSCHF had in the past made modified Nikes termed ‘Jesus Shoes’ that included holy water in the shoes’ soles drawn from the River Jordan.

The entire episode has all the ingredients for a potential landmark legal battle over the current limits of intellectual property law, according to multiple trademark attorneys, who say Nike has strong grounds for its lawsuit.

“Yes, Nike has a colourable case for trademark infringement and dilution by tarnishment,” said Alexandra J. Roberts, who teaches trademark and entertainment law at the University of New Hampshire’s Franklin Pierce School of Law. “Consumers may be misled to believe that the Satan Shoes are authorised or endorsed by Nike. Nike might also argue that the use harms its reputation by associating its brand with Satanic symbols.”

Roberts and other attorneys said the trademark issue at play is commonly referred to as the First Sale Doctrine, which gives individuals who buy a copy of a copyrighted item the right to resell it without the creator’s explicit permission.

It’s a legal rationale that grants artists who purchase and repurpose individual copyrighted products the ability to express and profit off their own creativity, according to trademark attorney, Josh Gerben of Gerben Perrott PLLC. Gerben pointed out Nike shoe redesigners like MSCHF commonly sell their work on online marketplaces.

“You’ve got all kinds of artists that go out there and they take a shoe and they’ll do a whole bunch of custom art on the shoe and maybe resell it for $1,000-3,000,” Gerben said. “This is something Nike is well aware of and has done absolutely nothing to mess with because there’s a sneaker culture here.”

The problem for Lil Nas X and MSCHF in this case, according to Gerben, is the hundreds of shoes that were sold, since individual works of art are easier to defend in court than items that have been mass-produced.

“People are thinking Nike’s behind something because there’s so many of these [shoes],” he said. “It’s not just a single piece of art that some artist took a shoe and made. It’s that someone took a whole bunch of Nike shoes, customised them the exact same way and is selling them to a point in such sophisticated fashion that people think Nike’s involved.”

Why we killed pregnant pharmacist – Bandits

Why we killed pregnant pharmacist – Bandits