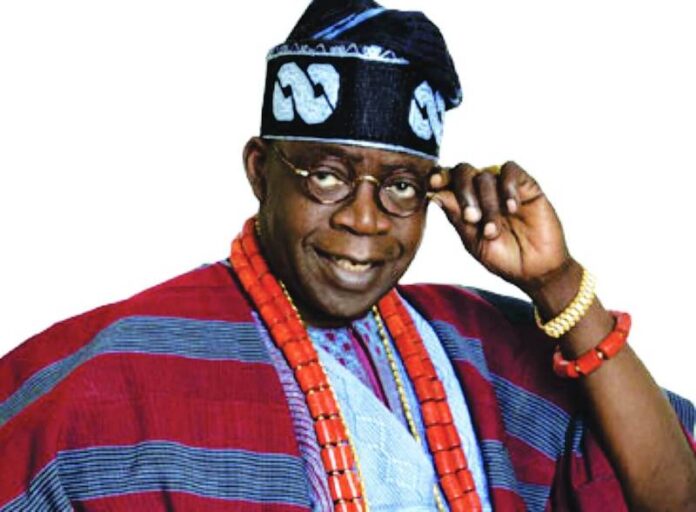 North East political pressure group has
has thrown its weight behind Senator Asiwaju Bola Ahmed Tinubu, endorsing the APC national leader as a potential candidate for president in 2023.

The Bauchi State chapter of the group in a press release issued to Journalists in Bauchi over the weekend stated that among all those who have publicly or silently declared their interest in the number one political office in the country, Ahmed Bola Tinubu stand out.

The release which was jointly signed by the North-East Zonal Coordinator, Engineer Ahmed Yusuf and Bauchi state Coordinator of the group, Danjuma Husseini Suleiman contained that, “Among all those who have either publicity or silently indicated interest in the 2033 presidency, the National Leader of the All Progressive Congress (APC) Sen Ahmed Bola Tinubu (Jagaban) is the most qualified to contest for the office of the president and eventually become the next president of Nigeria considering his political pedigree which cannot be equalled by any politician in the country”.

“As a two-time Governor of Lagos State, Bola Tinubu excelled in the area of transformation of every facet of human and infrastructural development. He succeeded even in the face of stiff opposition from the then Federal government led by the PDP under the former president, Olusegun Obasanjo who denied Lagos state its shares from the statutory monthly allocation for about. 3 years. The Bola Tinubu led government was not deterred but went about the act of governance through internally generated revenue (IGR)”.

The group described Bola Tinubu as a detribalized Nigerian who appointed people who are not from Lagos state as government officials including Commissioners, Special Advisers etc. during his tenure saying, “he is acceptable everywhere across the country and with such attributes, he will be a good President of Nigeria”.

They declared that, “Consequent upon this and many other strides we will be rolling out subsequently, that we, Disciples of Jagaban (Bola Ahmed Tinubu for president 2023 Bauchi state chapter under the leadership of Hon Danjuma Husaini Sulaiman declare our support for the Tinubu 2023 presidential project. We are in support of North-East Zonal Coordinator, Engineer Ahmed Yusuf to ensure that the project realized its objectives”.

The Bauchi State Chapter has Coordinators in all the 20 local government areas who are working actively to mobilize support for the project in Bauchi state.