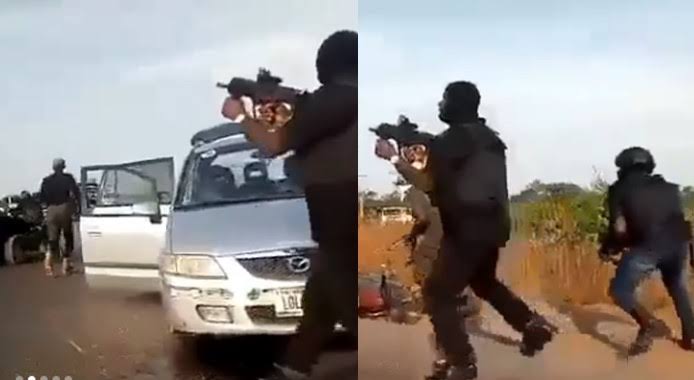 Barely days after Sunday’s attack by bandits on the Abuja-Kaduna Highway, the bandits reportedly stuck again yesterday and abducted an unspecified number of travellers on the highway.

In a video trending on social media, there was heavy gunfire between security operatives and armed kidnappers along the Kaduna-Abuja in what looked like an aftermath of a kidnapping that occurred on the major road.

Some soldiers could be seen driving on the road until they came upon some abandoned vehicles whose occupants appeared to have been kidnapped.

While trying to assess the situation, some of the kidnappers who were hiding in the bushes, opened fire on them, which the security personnel returned.

Recall that a Former FCT Director of Protocol and Zamfara State Governorship Aspirant, Alhaji Sagir Hamidu was killed on Sunday along Kaduna – Abuja expressway by Bandits.