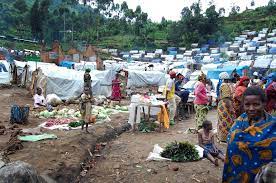 The Borno State Commissioner of Reconstruction, Rehabilitation and Resettlement (RRR), Engineer Mustapha Gubio said the state has spent close to N1 billion including the cost for the purchase and distribution of food items for the thousands of Internally Displaced Persons, (IDPs) relocating to their ancestral communities in the state.

Gubio disclosed this during an interactive session with journalists in Maiduguri, he said IDPs at Bakassi camp who have shown interest to relocate back to their various Local Government Areas as peace gradually returns to the state have been assisted by the government.

Earlier, there were some speculations in the Social Media platforms by some individuals/ opposition parties, who revealed that “the N500 million claimed to have been distributed to IDPs in Bakassi camp for over 3,000 head of household, with exception of their wives as declared by the state government last Saturday didn’t commiserate with the actual number of the IDPs, as many of them have vacated the camp some years ago.”

READ ALSO: Gun down bandits, criminals and bring their corpses – COS to troops

Responding, Gubio insisted that a total of N500 million were disbursed last Saturday in the presence of Governor Babagana Umara Zulum, in which, each head of household in Bakassi Camp received N100,000, while their wives were given N50,000 as stipends.

Gubio buttressed that that even if the head of household has four wives, all the wives were given N50,000 each, in addition to starter packs such as food and non-food items donated by the North East Development Commission, NEDC amounting to over N400,000 million.

Gubio said, the 31st December dateline given by Borno State Government to close all IDPs camps in Maiduguri and its environs still stand, but insisted that no IDP will be forced out of the city if he/she chose to stay.

He explained that, since most of the IDPs have indicated willingness based on the Kampala Convention, the state government has spent huge resources in relocating IDPs before closing four camps.

Gubio added that the latest IDPs who have indicated interest to relocate and drawn from Bakkasi camp; are from Gwoza, Guzamala, Marte and Monguno Councils of the state.

“We went to the Bakassi IDP camp with his Excellency, Governor Babagana Zulum to distribute stipends up to N500 million and various starter packs which cost over N400 million, this will enable the displaced persons to return to their ancestral homes successfully.

“With the shutdown of Bakkasi camp, this brings to four officially declared camps closed in the state.

“We’re taking them to the Councils’ headquarters; where there are enough shelters to house them,” he said, noting that the IDPs are not returned to their respective communities.

According to him, they are to stay for a while at the council headquarters, before building houses for them with the provision of schools, health and water supply facilities through the checklists on basic needs of life.

According to him, the State Government will soon be able to declare the camp officially closed in a week.

At the Kampala Convention, he said that the closure of all camps in the state is in compliance with the convention, which insisted that the return of IDPs should be with dignity and pride into their communities once ravaged by the Boko Haram insurgency, adding that the IDPs are returning willingly to their ancestral homes without any coercion.

According to him, three additional ones at Teachers Village, Gubio and the Stadium camps are also to be closed before the end of December 2021.

Speaking further on IDPs returning challenges, he said “The challenges are enormous. You cannot relocate IDPs without funds,” adding that houses, hospitals are to be built with livelihood starter packs to pick up their life.