Home Security Crime Corpse of 7-year-old boy exhumed after he was killed, buried by father... 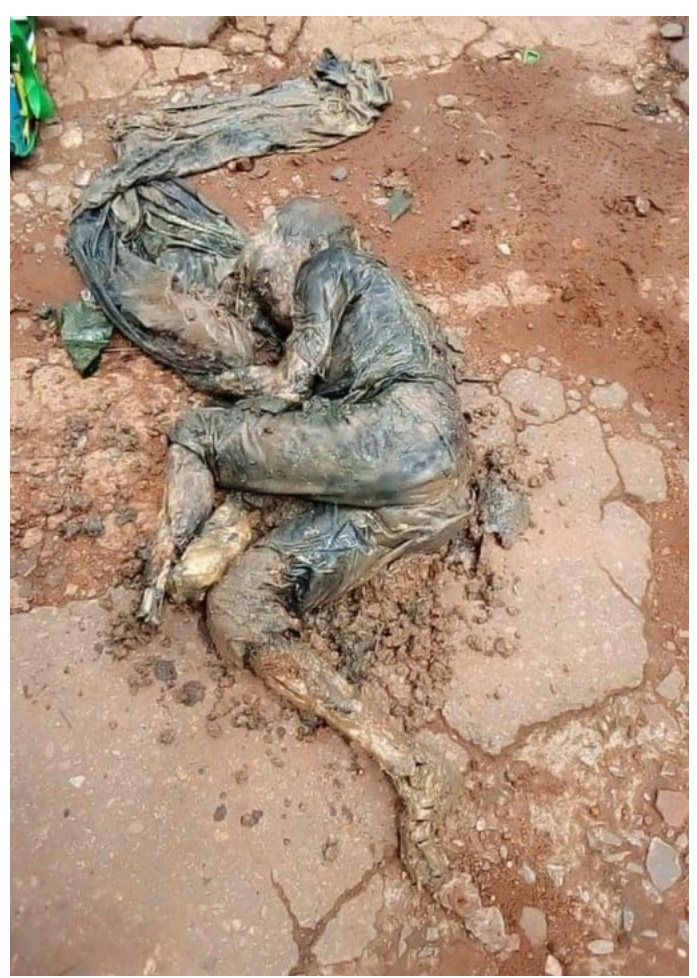 The decaying body of a 7-year-old boy who was killed and buried by his father for money rituals has been exhumed.

Consequently, the father identified as Chidi Onyeishi has been arrested by officers attached to the Central Police Station of the Command in Enugu State.

According to report, the police arrested the 36-year-old who is residing at Taylor Avenue, Coal Camp, Enugu, for allegedly being responsible for the disappearance and murder for money ritual of his son.

It was gathered that the father had earlier reported to the police on 22 October that his son identified as Chimdalu Onyeishi was missing.

“Preliminary investigation reveals that he confessed to the crime and led Police Operatives to the arrest of one Pastor Okeke Eneokwor aged 95 (male), who is said to be blind and of Dental Avenue, Trans-Ekulu, Enugu; whom he fingered as an accomplice.

“He also led Police Operatives and medical team to a stream in Abakpa-Nike, Enugu, where the decomposing corpse of the minor was exhumed from a shallow grave, after him and cohorts murdered and buried the child on 20/10/2021.

“Meanwhile, the Commissioner of Police, CP Abubakar Lawal, fdc, has ordered the State Criminal Investigation Department (SCID), Enugu to conduct a thorough and conclusive investigation that will lead to the prosecution of everyone found culpable in the act,” the police stated.

However, the mother of the deceased, Mrs Ifebuchukwu Onyeishi narrating the ugly incident said the husband connived with a nonagenarian pastor in the alleged killing of the boy, according to News Agency of Nigeria (NAN).

She said, “On Oct. 20, my husband, a keke driver, who had been caring for the family of three boys, three girls including me and himself refused to provide for us.

“He became harsh to us and I asked him the reason for sudden change but he said nothing.

“Though he had been complaining of his Keke disturbing him as he kept repairing it with his little saving, but I advised him that the children and I were not complaining and would manage.”

The housewife is however demanding that justice is served and that his husband should pay for the crime he has committed.

“My remaining five kids are aged 10, nine, five and three years old respectively while the last one is seven months old and we live at the mercy of my neighbours.

“I know that we are suffering now but government should not release him. He must pay for his crime,” she added.