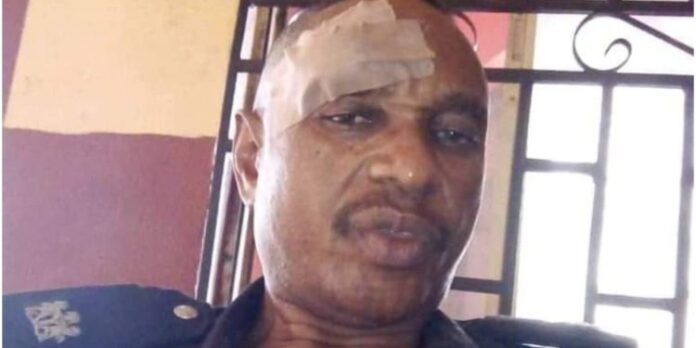 The students of the said schools engaged themselves in a bloody fight and disrupted activities of commuters and residents in Asero.

Consequently, DPO Ignatius sustained the head injury while at the scene of the incident with some of his men to maintain law and order.

The students according to the Police Public Relations Officer (PPRO) of the command, DSP Abimbola Oyeyemi, will not be arrested because they are minors.

She said, “The DPO was hit by stones. The students were throwing stones and other objects at themselves during the fight.

“We cannot arrest the students because they are minors. We can only detain and counsel them, after which they will be released.”

It was also gathered that the secondary school students in Ogun State have recently engaged in attacking their teachers whenever they are punished for any unruly behaviour.