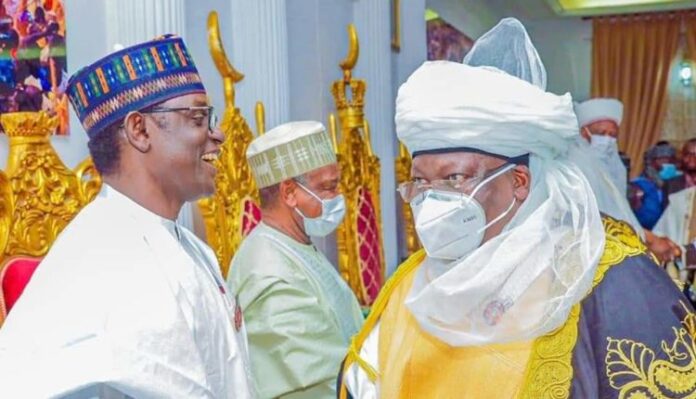 Governor Buni attended the ceremony personally to show support for the President of the Senate, who was conferred with the traditional title by Argungu Emirate of Kebbi State.

The governor said the title was bestowed on the Senate President in appreciation of his contribution to national unity.

“He has been a bridge builder and l believe this title will encourage him to do more” Governor Buni said.

He commended the people of Argungu Emirate for “finding our illustrous son worthy of this honourable title”.

The ceremony was attended by prominent Nigerians as well as other dignitaries across the country.