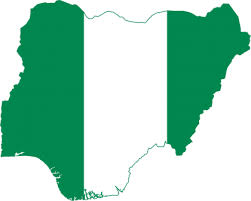 Women Leader of the Northern Nigeria’s Youths and Students Front, Comrade Fatima Sani has opined that It is high time Nigeria had an Igbo man as a democratically elected President for equity and fairness.

Comrade Sani who spoke to Journalists in Bauchi on Sunday said that It is a deep-rooted tribalistic statement to be painting the Igbos with the same brush as tribalistic and secessionists out of our sheer ignorance of the invincible fact that even among the living Igbos there are those who are the salts of the earth.

According to her, “It is as if you are airing your dirty linen in the marketplace for any well-meaning and level-headed Nigerian to see the Igbos as political parasites in this country”.

She added that “Like it or not, there are extraordinarily easy-going, peace-loving, public-spirited and detribalised Igbo people like H.E Chief Dr Obonnaya Onu who could by any manner of means be lumped in with the Ziks. the Sardauna’s, and the Akintola’s in terms of their unrivalled love for the country”.

“Recently, the Hon. Minister of Science, Technology and Innovation H.E Dr Obonnaya Onu wrote a condolence letter to the National Association of Kano State Students (NAKSS) over the death of some leaders of the association who died in a ghastly motor accident on their way to Katsina State”, the women activist added.

According to her, “The letter which was even depicted in their monthly bulletin which was shared across the country really endeared the minister to the youths and students as well as other well-meaning and peace-loving Nigerians, region or religion notwithstanding”.

Fatimah Sani then declared that “We will soon award the Minister with the title of ‘COMRADE FOR LIFE’ having been the former President of Nigeria’s Students at the University of Berkeley in the U.S A. Dr Onu through his reliable errand boy also prayed intensively for a quick recovery to the surviving comrades who are still on admission at the Intensive Care Unit of Aminu Kano Teaching Hospital as they sustained various degrees of injury in the cause of that fatal accident”.

She expressed optimism that, “And I am sure if time permits him, he will visit the hospital or send any of his aides to Kano to go and see the condition of the comrades writhing in pain as it is his way to share in the pains of others right from his days as a lecturer at the University of Port-Harcourt”.

She further revealed that “For the past one year, we have been cooking up plans to organise a peaceful protest in the second week of December 2021 and the first week of January 2022 in three northern states to call on Dr Ogbonnaya Onu to run for president in the forthcoming presidential election for the betterment of the good people of this country”.

“Nigeria at this very time direly needs a man of Onu’s calibre and intellectual grandstanding to be at the helm of her affairs so that the country could be economically turned around or rather diversified through technological and Innovative means as was the case in the United States of America, Britain, China, Korea, India Malaysia and other technologically advanced democracies because in not too distant future the petrol this country largely depends on will completely be out of use”, she added.

Fatimah Sani then said that “Hence, we must shop for somebody who is both scientifically and technologically well-equipped like Chief Dr Ogbonnaya Onu so that he could use vast wealth of experience to paddle our canoe across the murky waters of political instability, economic morass, insecurity and other social vices bedevilling the country going by his antecedents as the first democratically elected Governor of the old Abia State and his proudest achievements as the incumbent Minister of Science, Technology and Innovation”.