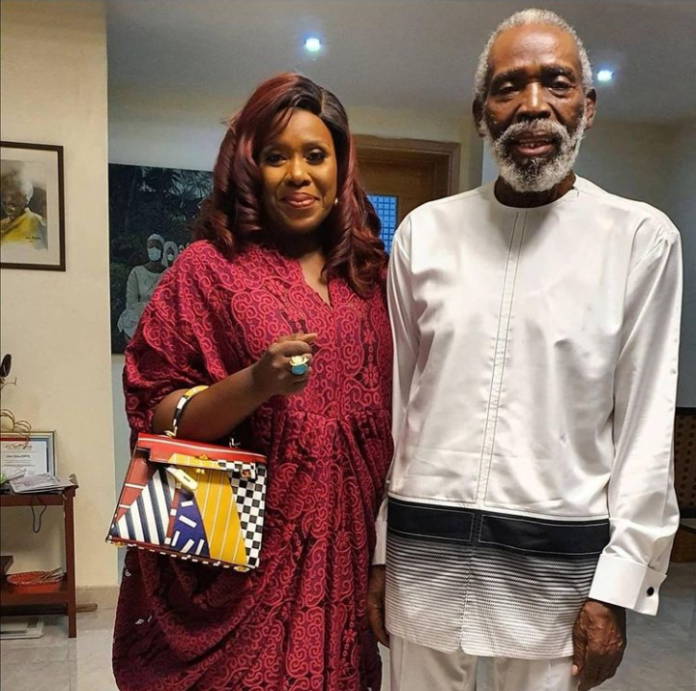 The actress broke the news of her husband’s deteriorating health condition during an interview with Chude Jidonwo.   According to her, the condition started a couple of years ago.

“it’s been going on for a couple of years.

“He is dealing with issues and it is been going on for a couple of years. It is known as dementia with lewy body,” she said.

“First time I’m saying this publicly, that is what we have been dealing, but the thing is, it is hard on him because he doesn’t understand what is going on and it is hard on us family members as well.

“We have gone through it over the past couple of years but we thank God.”

She continued: “We have gone through some times and situations recently that I wish I had the old you here so I don’t battle these times on my own but we are grateful for the moment of clarity. I miss the times we work together.”

The actress who turned 60 this year also marking her 40th anniversary in the entertainment industry spoke about discovering at the age of 10 that she was adopted when she was nine months old.

According to her, she discovered on her own that she was adopted when she ransacked through her mother’s document, adding that it was not something her mother was comfortable talking to her about.

She said at the time: “It’s something like where one is just getting to share it in the public. It is something that I found out when I was much younger. Mine was a secret adoption. It was not something that my parents discussed.

“My mum’s elder sister wanted me to travel with her to Kenya and my mother was not around. She asked if I knew where my passport was and I was like yes yes yes. I know where mum keeps all the important documents.

“Then I go to the important suitcase that has all the important documents, where I found my passport but also found my adoption certificate. It was like ‘I beg your pardon’. I was 10-11 at the time. It was a bit shattering.

“It was tough. You know how you’re very sensitive as a child. There was just something in it letting you know they would have discussed it with you if it was something they wanted to discuss.

“But I got to a point when I was able to discuss it, myself and my mum. What was interesting is that she found it easier to discuss it with my older son than she did with me. My mum wasn’t comfortable discussing it.”

Watch excerpt of the interview below;

There is nothing wrong in giving back to society – Kannywood actress, Hadiza Gabon