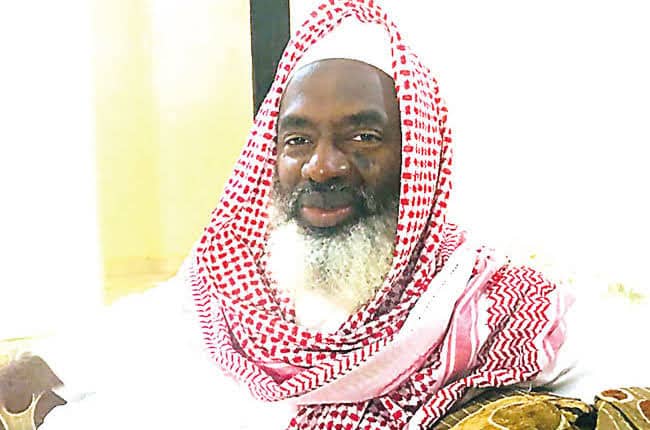 Addressing them, Nasir Ayuba, the spokesman of Sultan Bello Mosque who spoke on behalf of the delegation, urged Fulanis in the settlement to embrace Western education as well as Islamic education.

He also advised them to eschew violence and to shun banditry. Ayuba told them that the team was in their settlement to treat Fulanis who were in need of medical attention.

Welcoming the team, Ardo Zubairu appreciated Dr Gumi and his team for coming to the aid of the Fulanis. He also said that the Fulanis in the settlement have embarked on an educational quest in order to improve their lives.

According to him, many of them have obtained both Bachelor and Masters Degrees.

According to him, the reserve has facilities like a borehole and health centre, noting that Sheikh Ahmad Gumi had been of tremendous assistance to them living at the reserve.

Ardo Zubairu thanked Gumi and his team and urged them to build schools as the settlement does not have one.

Speaking on the occasion, Prof Yusuf Usman said the aim of coming to interface with them was to sensitise them on the merit of acquiring a western education and to make sure that Fulanis eschew violence and banditry.

Also speaking, Sheikh Sanusi Kutuma said, “When we have people that are educated in a community, they will identify the challenges confronting that community and render help to those who are not educated.

He stressed further saying, “When other herdsmen who are carrying arms have the knowledge of the truth that a Fulani man is a peacemaker, all the challenges of banditry and kidnapping will end.”

He commended Sheikh Gumi for his efforts in ensuring that peace reigns in the settlements and to see that Fulani is fully integrated into the society.

Speaking further, Mamu Tukur, Dan Iya of Fika, stressed that the importance of such a visit to the community is to preach for peace and unity as part of efforts to tackle the insecurity confronting the country.

“When the governments support this peace initiative and work with other relevant stakeholders, all these things will come to an end,” he noted.

According to him, “The Fulani have suffered neglect for many decades. They have nothing to show and they have no means of livelihood other than grazing animals.

“The military approach has not yielded results. We spent a huge amount of money to buy weapons while we can spend less amount to provide medical and social amenities to them,” he said.