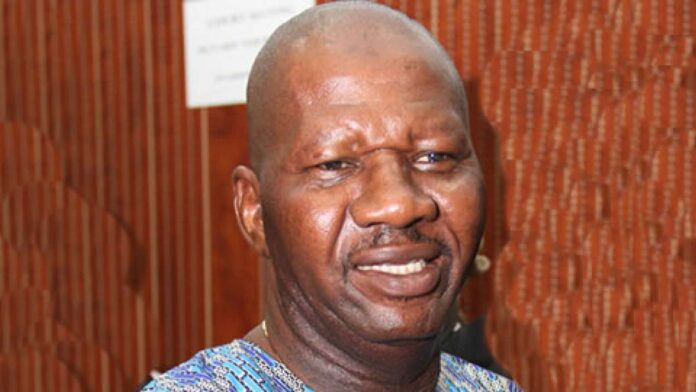 Baba Suwe passed on at the age of 63.

His death was disclosed by his son, Adesola Omidina via his Instagram page on Monday.

“This is to announce the sudden death of my father Mr Babatunde Omiidina. The legend and rare gem ‘Babasuwe’ 11/22/21. Other details will follow shortly!

“May your soul rest in perfect peace Dad,” he posted.

Until his death, it was revealed that the actor suffered an unknown illness where he was unable to walk.

His image was dented in 2011 following his arrested by the National Drug Law Enforcement Agency (NDLEA) with claims that he was in possession of substances suspected to be cocaine, after a body scanner at the Murtala Muhammed International Airport Lagos identified suspected drugs in his stomach.

He was later released with the assistance of his lawyer, the late Bamidele Aturu, a human rights activist, the allegation was described as false and defamatory by the ruling of a Lagos High Court.

Things got worse for the actor in April 2019, he was flown to the United States of America, where he went for treatment after having diabetes.

His colleagues rallied to help him financially and the sum of N10 million was donated by Mrs. Esther Ajayi through actor and producer, Gbenga Adewusi, aka Bayowa for the treatment of Baba Suwe in the US.

Baba Suwe was born in August 22, 1958, in Inabere Street in Lagos Island where he grew up, Baba Suwe actually hailed from Ikorodu local government area of Lagos State.

Omidina began acting in 1971 but came into limelight after he featured in a movie titled, Omolasan, a film produced by Obalende.

He became more popular after he featured in Iru Esin, produced by Olaiya Igwe in 1997. He had featured and produced several Nigerian movies such as Baba Jaiye jaiye among others.

There is nothing wrong in giving back to society – Kannywood actress, Hadiza Gabon