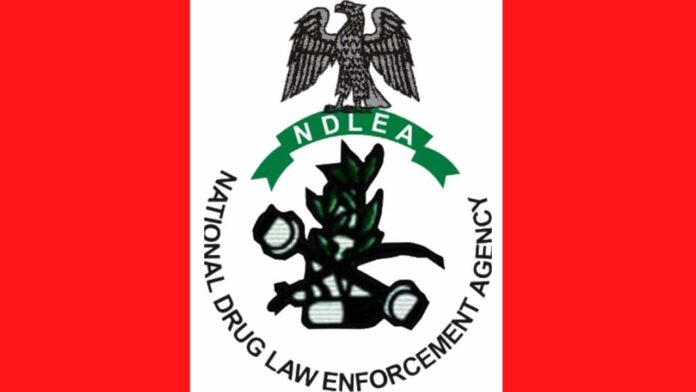 In a bid to effectively win the war against the proliferation of illicit drugs in Nigeria, the National Drug Law Enforcement Agency (NDLEA) on Tuesday destroyed some of the substances which weighed 20,000 kilograms and N50 billion in value in the Federal Capital Territory (FCT) Abuja.

The Chairman and Chief Executive, NDLEA, Brigadier-General Buba Marwa (Retd), speaking during the burning of the illicit drugs, said that the agency was experiencing a resurgence and was being retrofitted to operate at full capacity.

Marwa, who was represented by the Secretary of the agency, Barrister Shadrach Haruna, said the sheer size of the drugs destroyed was a reminder of the magnitude of the drug problem in the country.

The move by the agency is in line with the mandate given by President Muhammadu Buhari during inauguration of War Against Drug Abuse (WADA) campaign on June 26, 2021.

Marwa said President Buhari had declared that WADA should not just be a slogan, but a call to civil action by all Nigerians.

He stressed that the destruction of 20 tons of illicit drugs and substances is a call to action.

“To be destroyed here today is approximately 20,000 kilograms of illicit drugs valued at over N50 billions.

“The remaining kilograms, seized at the Nnamdi Azikiwe International Airport Abuja, (NAIA) comprised 173 kilograms of cocaine, 36 kilograms of heroin, 93 kilograms of ephedrine, 60 kilograms of methamphetamine, 58 grams of cannabis, 219 grams of Rohypnol and 150 grams of Tramadol,” he said.

Marwa assured that the agency would continue to engage all the critical stakeholders, including the traditional and religious institutions, community-based groups, the civil society, among others in the collective responsibility.

The FCT commander, NDLEA, Dr Mohammed Sokoto, said the command had uncovered a lot of drugs in the FCT.

Sokoto said the command had smashed various syndicates engaged in clandestine production of drugs based cookies, cakes, chocolate, candies among others.

He assured the FCT community that the beginning of the end of drug activities in the city centre had finally come.

He said the FCT command has also commenced the “Abuja Drug Free City Project as part of efforts to rid the territory of illicit drug abuse and trafficking.

“The concept is a drug preventive strategy, in which all our parks, gardens, recreation centres, hospitality industry such as hotels, clubs, and guest houses will have Anti Drug Notice Boards conspicuously placed to prevent drug activities in those premises.”

The Ona of Abaji, Dr Baba Yunusa, commended the NDLEA for the laudable achievement, saying the agency had since been carrying out its mandate in ensuring the territory and the country were drug free.

Yunusa urged the youth to desist from drug use as it added no value to lives rather destroyed the beautiful future that awaited them.

He assured the agency of his support to help fight the menace of drugs bedeviling the territory and the country at large.

The FCT Minister, Mr Muhammad Bello, assured NDLEA of his support to help fight the scourge in the territory.

The Minister, represented by the Director Security Service, FCTA, Dr Abdulatif Bello, said all hands must be on deck as the fight against drug abuse and trafficking was not for the NDLEA alone.

“I commend the NDLEA for the good work. Drugs abuse and illicit trafficking is a cankerworm that must be addressed by all,” he said.

Representatives of stakeholders such as Association of community Pharmacists of Nigeria (ACPN), the Judiciary among others commended the NDLEA for the success recorded so far since the chairman assumed office.

NAN reports that the exercise took place in accordance with the prescription of the National Environmental Standards and Regulations Enforcement Agency (NESREA) concerning the best method of disposing seized drugs without polluting the environmental ecosystem or endangering public health.