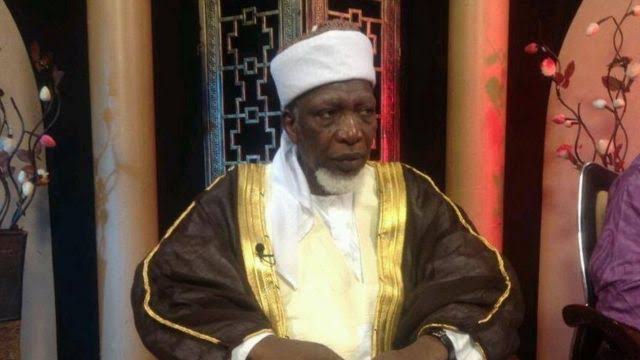 The National Chairman of Izala, Sheikh Sa’id Yahaya Jingre has said the only way  to entrench a purposeful leadership in the country is for all Nigerians to exercise their voting rights by voting a credible and competent candidate in the forthcoming elections.

Speaking while declaring closed a one week national Quaranic Recitation competition held at Aminu Kano Triangle  yesterday in Dutse, the cleric call on Muslim ummah to be cautious during the election.

He urged them to give their votes to credible and righteous leaders. Leaders with vigor, human compassion, and patriotic zeal in projecting the interest of all and sundry.

“Never mortgage your conscience due to monetary gain in electing irresponsible leaders. Let us be firm and objective in our dealings at all times especially during 2023 general elections, we should re-accessed our past antecedents and seek for difference in coming up with people of proven integrity who are determined to protect and project our corporate social responsibility diligently”

On the winner’s of this year’s Quaranic Recitation Competition, Sheikh Jingre charged them to strive hard in search of Islamic knowledge through advancing their studies.

“I urge you not to relent in your efforts in advancing your studies, as your graduation marks the beginning of enhancing Islamic education and knowledge.

Also speaking during the occasion, Governor Badaru Abubakar represented by his deputy, Alh Umar Namadi pledged that the current administration will continue to support and enhance Islamic education by encouraging ward’s school enrollment which will help to acquire western and Islamic education.

“We are pleased to inform this gathering that our government places great priority on education as no society could triumph without educated citizens, hence our resolve in encouraging the scope of school enrollments, we have also offered free girl child education from primary up to university levels”.

Speaking in the same vein, a former member of Takai/Sumaila Federal Constituency, Hon. Suleiman Abdul-Rahman Kawu Sumaila, advise religious and community leaders to close ranks with politicians in charting a new cause in order to solve most of the country’s predicaments and find a way forward.

“Let our leaders hold a consultative forum that will digest, proffer solutions in addressing most problems associated  to the leadership of this country and economic failures”.

The one week event started on Saturday 19th to 25th December, it was attended by over 750 participating Islamiyya schools pupils drawn from almost all the states in the federation and members of panel of judges who are Islamic clerics and preachers as well as National officers of Izala Islamic Organisation headed by the National Chairman Sheikh Said Yahaya Jingre.