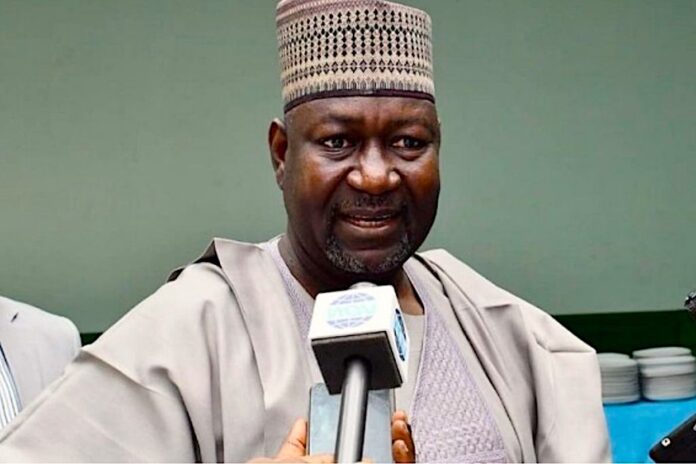 The Federal Government of Nigeria (FGN) has made clarifications on the circumstances surrounding the dissolution and replacement of the management of Abuja Electricity Distribution Company Limited (AEDC) on Tuesday, following the industrial crisis rocking the company.

A statement issued by the Ministry of Power, signed by the Minister of Power, Engr Abubakar Aliyu, said the action to appoint an interim team to manage AEDC was not done on the basis of a directive from the federal government as reported in the press but on the basis of legal processes arising from the failure of the core investor in AEDC to meet its obligations to a lender.

The statement explained: “The attention of the Federal Ministry of Power has been drawn to publications in the print and electronic media relating to recent changes in the ownership structure and management at the Abuja Electricity Distribution Company Plc (AEDC”). “While noting that the news has largely been communicated out of context, the Ministry wishes to notify all stakeholders that the AEDC has, of recent, been facing significant operational challenges arising from a dispute between the core investors (KANN consortium) as owners of 60% equity in AEDC and the UBA as lenders for the acquisition for the majority shareholding in the public utility.

“The situation has currently deteriorated due to lack of access to intervention finances leading to a point whereby legitimate entitlements of the staff are being owed, thus leading to service disruptions on 6th December 2021 within its franchise area.

The Federal Ministry of Power has since taken the initiative to engage organised labour and electricity service has since been restored in the FCT and the states served by AEDC.

“The UBA, as a lender, and in exercising its rights over the shares of KANN Consortium in AEDC, has taken over the shares of the obligor in the AEDC. This takeover of the majority stake in AEDC by UBA has consequently led to the reported changes in the management of AEDC. The changes in shareholding in AEDC and the appointment of an interim management for AEDC by the shareholders have been endorsed by the Nigerian Electricity Regulatory Commission (NERC, the industry regulator) and the Bureau of Public Enterprises (BPE as co-shareholders in AEDC).”

This clarification coincided with a corroborative statement jointly issued by NERC and the Bureau of Public Enterprises (BPE) saying “the action to appoint an interim team to manage Abuja Electricity Distribution Company (AEDC) was not done on the directive from the Federal Government, but on the basis of legal processes arising from the failure of the core investor in the company to meet its obligations to a lender.”

This is coming on the heels of widespread report on Tuesday that the federal government of Nigeria had terminated the appointments of Abuja DiSCO’s management in the wake of the industrial crisis.

A statement credited to Ofem Uket, the spokesperson of the Minister of State for Power, Goddy Jedy-Agba, which announced the development on Tuesday said the suspension was approved by President Muhammadu Buhari.