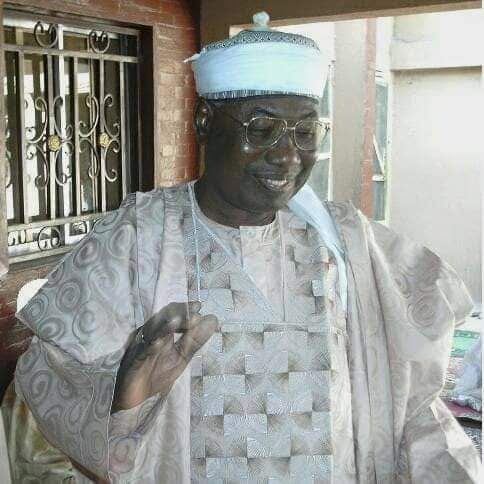 They were not just bosom friends, but had a rare privilege of intimacy in the course of their friendship and periodic interactions over time. They came a long way as close associates, and related very well before death snatched all of them.

Alhaji Ibrahim Chichi Saleh had a tough lifetime experience. He struggled very hard, and managed his personal affairs and terminal ailment without the succor and comfort of the departed trio and other friends around him. He was in and out of the University Teaching Hospital, Maiduguri for sometime, battling with diabetes mellitus. He died on the 7th of November 2021, amidst tears and anxiety from members of his family, friends and associates including this writer.

READ ALSO: Animal Sacrifice In Islam: A blessing for the wise, by Aminu Salihu Yakudima

Alhaji Ibrahim was in pain and serious agony before his death. He spent four months on admission at the Teaching Hospital, where he underwent doctor’s close observations and intensive care following amputation. Perhaps, these medical measures were carried out with the intent of curtailing the spread of the disease to other parts of his body.

However, my findings confirmed that Alhaji Ibrahim had been initially reluctant to submit himself to the procedure, but ultimately gave his consent under the pressure of medical advice. I don’t want to speculate on a sensitive issue of this magnitude, because medical doctors know better, and Alhaji Ibrahim is no more to intimate us about the circumstances of the situation.

Alhaji Ibrahim was lucky to have come this far by the permission of Allah SWA, having managed diabetes for more than fourty years. His management of the disease had been very effective and crisis free all these years. For a man to have achieved this kind of absolute control and stability, there must have been precipitating factors and underlying reasons not farfetched. Marafan, in his social life, was an organised personality who always paid attention to details. He was not a careless person, or a bush man or a typical man in a local community who recklessly defied doctor’s orders or prescription of drugs.

He was born in June, 1944 in Maiduguri, the Borno State capital. He started his primary education there in 1953, but grew up in N’Djamena, the capital of Republic of Republic. He returned to Nigeria in the company of his father and siblings after advanced studies in Qura’anic and Islamic education between 1954 and 1963. He subsequently relocated to Chad and Sudan. His return and reconnection with his community back home in 1964 was followed by remarkable success in furthering his education and establishing business enterprises. He encouraged social cohesion by promoting harmonious interactions within the community which enabled its wide consolidation for the greater good.

Chichi Trading Nigeria Limited which was established by Ibrahim Chichi Saleh in 1980 grown higher in a short period of time. The Company expanded and became popular within the North East of Nigeria. Another mark made in business by Ibrahim was his support to a business partner and a good friend, Alhaji Mustapha Njitti who established the first tyre service center in Maiduguri.

Alhaji Ibrahim’s experience and pedigree enabled him to tackle the growing dichotomy, poor public relations and individual apathy in Maiduguri Metropolitan (present day Maiduguri and Jere) and came up with the beautiful idea of establishing a Community Based Organisation (CBO), which was named ‘Al-umma Development Association’ (ADA), a big platform to enhance socio-cultural ties, good public relations, and to promote unity among all ethnic groups.

It was this initiative that brought about the restoration of dignity and the upright maintenance of the status quo of the Hausa community in the Palace of His Royal Highness, the Shehu of Borno. Members of this community in Maiduguri, particularly of Hausari -Zango, Fezzan, Gwange and Bulumkuttu wards extraction, had previously enjoyed certain fringe benefits as council members in the Palace for many years. For the avoidance of doubt, a few of them were Councillors some years ago, and the records are there. Those in doubt can search and verify the facts. The affection among His Highness and the community has remained smooth and cheerful.

Another example of brotherhood and cohesiveness achieved by ADA was Alhaji Ibrahim’s coronation as ‘Marafan Hadejia’ by the Hadejia Emirate Council. An unprecedented crowd had surprisingly taken over the Palace of the Emir of Hadejia, His Royal Highness, Alhaji Abubakar Maje Haruna, and all the streets of Hadejia town for the colourful event, and they had been mobilised by an organising committee from Borno State. The turbaning ceremony, held on the 9th of March, 1996 anchored by the late Alhaji Mala Modu Tela, and bankrolled by a committee of friends strongly supported by Alhaji Muhammed Indimi.

The late Marafan Hadejia will be remembered as an astute businessman, a philanthropist, traditional leader and a scholar. The manifestation of his love for social welfare, philanthropy and scholarship was evident in the assistance he rendered to many young people to receive a university education, master the Qur’an by attending Islamic schools, and his sponsorship of Qur’anic competition in Maiduguri.

Alhaji Ibrahim Chichi Saleh left behind a wife and 19 children. May Allah SWA forgive his shortcomings, reward him for service to humanity and have mercy on the departed.

Salihu Yakudima, a journalist and public commentator, writes from Abuja.

Gov. Inuwa commiserates with victims of electrocution in Tunfure