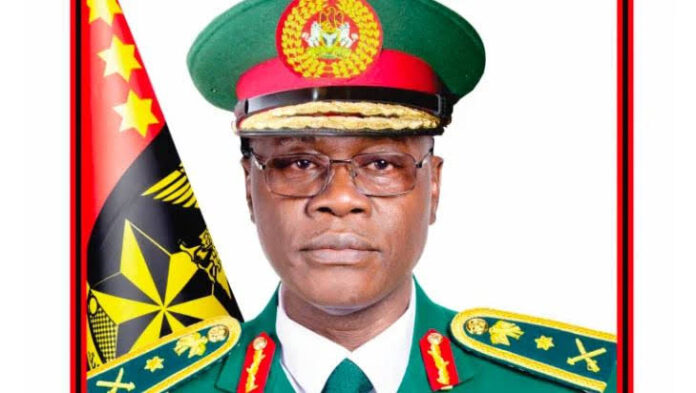 In the spirit of the New Year and charismas festivity, chief of Army Staff Gen. Yahaya Faruk has pardoned a female soldier who accepted marriage proposal from a Corp Member when she was on duty which is wrong and unethical.

According to a statement from the Army headquarters the chief of Army Staff in the last few days, made overtures to the leadership of Nigerian arm forces requesting that the soldier be pardoned, however, the COAS maintain that the erring soldier should be strongly reprimanded against engaging in any kind of act that contravenes the military code of conduct.

The military authority has considered the appeal of the army chief and ordered the release of the soldier to enjoy Christmas with family and friends, it could be recalled that a video of a male Corp member was seen proposing to a female soldier at the Yikpata orientation camp of the NYSC in Kwara State recently.

In one of the video clips Corp members were seen having a discussion at a venue believed to be the parade ground of the orientation camp, the discussion was still on when a core member holding a ring goes down on his knee and pop a question to the soldier to marry him and the soldier gladly accepted, this has annoyed the military authority.

“I can confirm to you that an order has been given according to army spokesperson Brigadier General Onyema Nwachuku from the chief of army staff that the said female soldier should be released and proceed for her Christmas break.