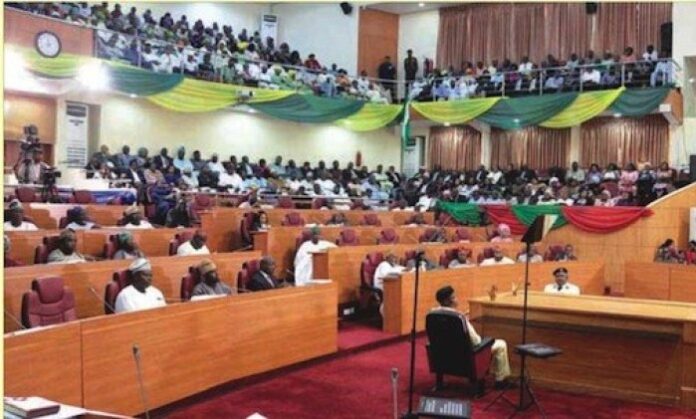 Bauchi Assembly passes vote of no confidence on education commissioner

The Bauchi State House of Assembly on Monday passed a vote of no confidence on the state Commissioner of Education, Dr Aliyu Tilde over alleged contempt to the Legislative House.

The House made the resolution during the special plenary of the assembly presided over by the speaker Abubakar Suleiman.

During the sitting, the chairman house committee on education and member representing Hardawa constituency, Babayo Muhammad informed the House on how the commissioner allegedly disrespected the legislators during the budget defense of his ministry.

According to the chairman, the commissioner was supposed to come at 10 am on Friday to defend the budgetary allocation to his ministry but decided to come one hour late and was entertained despite keeping them waiting.

“While we were trying to express ourselves to him, he interfered saying who are we?

“We told him we are legislature and another arm of government. He still kept asking who are we? Therefore, we asked him to go when he realise we are something, he should come back for the defence because we have eight days from today to end the budget defence proceedings,” Muhammad told the House.

The committee, therefore, recommended that the House should pass a vote of no confidence on the commissioner, direct permanent secretary of the ministry to continue with the budget defence and withdraw the confirmation of Dr Aliyu Tilde as commissioner and member of the Bauchi State Executive Council.

In his contribution, the minority leader, Bakoji Aliyu Bobbo representing the Chiroma constituency lamented that the action of the commissioner was unfortunate.

He added that there is good working relationship between the assembly and the government, alleging that the commissioner is not a good ambassador of the government.

The minority leader seconds that the confirmation of Dr Aliyu Tilde as commissioner should be withdrawn.

After the brief debate, the House members unanimously passed a vote of no confidence on the commissioner and withdrew his confirmation.