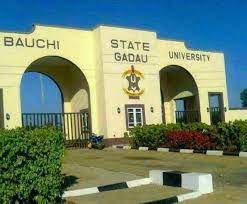 A lecturer with the Department of Public Law, Bauchi State University Gadau, (BASUG), Dr Ibrahim Danjuma has filed a legal suit against the national body of the Academic Staff Union of Universities, ASUU over alleged tampering with the electoral processes of the chapter of the union.

Dr Danjuma alleged that the ‘directives and or interference’ of the central leadership of ASUU led to the cancellation of the election of Bauchi State University Gadau Chapter of the union earlier scheduled to take place on 18th November 2021” barely 24 hours to the date of the said election.”

He said that the actions of the National and Zonal leadership of ASUU are contrary to the provisions of Article 14 (2) (a) and (b) and Appendix II of the constitution of the Academic Staff Union of Universities 2018 as amended.

The University Don said that he is seeking from the court, an order restraining the national leadership of ASUU from further interfering with the conduct of the election of the ASUU BASUG Chapter.

The Plaintiff is also seeking a court order to direct Dr Yusuf Musa Yahaya and his staff to vacate office having completed their two years tenure of office and to stop parading themselves as leaders of ASUU, BASUG Chapter.