For over one week now, the glamorous, multi-million naira wedding of the daughter of Bauchi State Governor, Zahra Bala Mohammed has continued to capture the attention of social media users, including some foreign media because of the way and manner monies were sprayed at the event.

The wedding between Zahra Bala Mohammed and Mala Shariff started in Abuja and was moved to Bauchi where friends and political associates of the PDP Governor attended in full force, but the main issue that attracted the attention and amazement of those that attended the ceremony including millionaire businessmen, was how the groom continued to spray dollars, five hundred and one thousand naira notes on the bride and at a point, there was little space in the reception hall for guest to stand, so most of them had to stand on the dollars and the naira notes.

The money that was sprayed on the bride which runs into millions, was later packed neatly into several bags and was taken away by sponsors of the event. 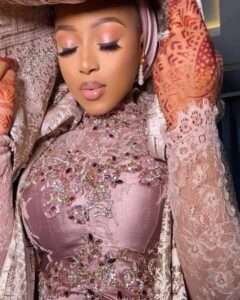 Some commentators were heard discussing the multi-million naira event, saying that there are several communities in Bauchi without good water, roads, no light, dilapidated schools and insecurity. 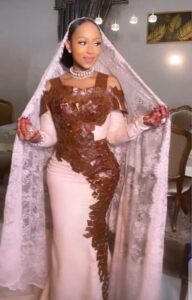 They murmured that civil servants are poorly paid, yet, the Governor finds it necessary to embark on “this reckless show of riches when he has several relations that are poor and in need of such money to better their standard of living.

The wedding has been said to be the most expensive this year because it was more glamorous and expensive than that of President Buhari’s only son, Yusuf Buhari.