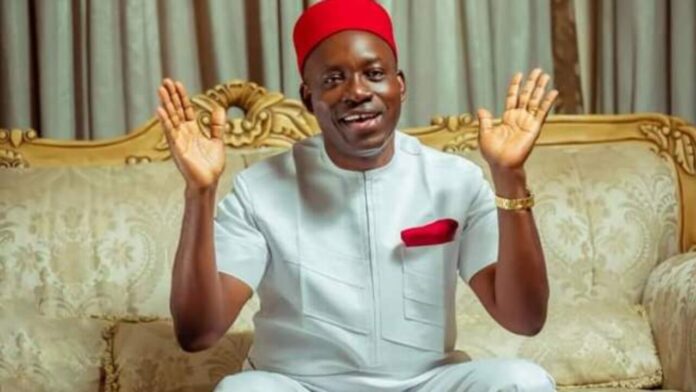 A Federal High Court sitting in Abuja has dismissed the case against the election of Prof. Charles Soludo as the Governor-elect of Anambra State.

In a judgement delivered by Justice Taiwo Taiwo, the dismissed suit sought to nullify Soludo’s election on the allegation that he presented false information to the Independent National Electoral Commission during registration.

The plaintiffs, Adindu Valentine and Egwudike Chukwuebuka, had in their suit marked FHC/ABJ/CS/711/2021, alleged that Soludo lied in the affidavit (Form EC9), which he submitted to INEC.

INEC, the All Progressives Grand Alliance, Soludo, and the Deputy Governor-elect, Dr Onyeka Ibezim, were cited as defendants in the suit.

The plaintiffs claimed that Soludo and his running mate had filled in different elective positions in their nomination forms.

READ ALSO: Kaduna 2023 Guber: “There is no law stopping me from contesting:” – Senator Uba Sani

Delivering judgment on Wednesday, Taiwo Taiwo, the judge, held that the suit was “unnecessary”.

“He stated his constituency in the affidavits in support of the particulars. He also clearly stated that he was contesting the post of governor, his constituency is Aguata 2 Anambra and the name of his political party. All other information as to his person is also in his affidavits which were deposed to on the 1st of July 2020.

“I see that the fourth defendant marked the post he was contesting for and also stated same in the affidavits in support of his particulars for that office.

“The plaintiffs have failed woefully to convince the court that the second, third and fourth defendants supplied false information to the 1st defendant which they knowingly accepted.

“The issues for determination are resolved against the plaintiffs and the reliefs being sought are totally rejected. This suit is not necessary and it has wasted the time of this court.”

The court also awarded a sum of N2 million against the plaintiffs, in favour of the APGA, Soludo and Ibezim.