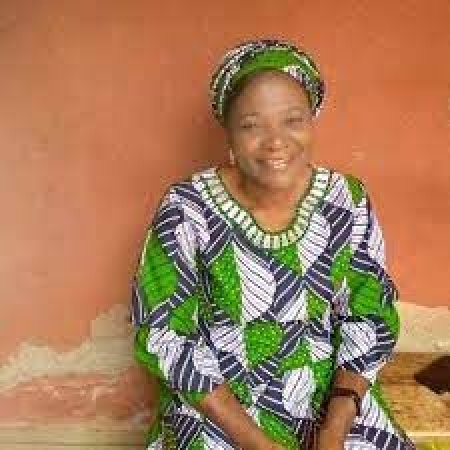 A former Principal at the Maryam Babangida Science College, Minna, Niger State, Comfort Jiya, has been sent to the great beyond after her son, Steven Jiya said to be a drug addict, set her on fire.

The tragedy, according to the deceased‘s family members, happened on Friday while she was preparing meals for the family at their residence in Minna, the state capital, when the son identified as Stephen doused her with petrol and set her ablaze.

A relation of the deceased who confirmed her death to newsmen said she “passed on at about 3 pm at the Intensive Care Unit of the Minna General Hospital where she was rushed for medical treatment.”

“Mama Jiya, as she was fondly called by all, died yesterday (Friday) afternoon at the Minna General Hospital where she was rushed to after her biological son, Stephen Sule Jiya, poured petrol on her and set her on fire,”.

“Prior to the incident, Stephen whom we all know as a drug addict had attempted to harm Mama Jiya on several occasions but was always overpowered by people around.

“But on Friday, being Christmas Eve, he succeeded in killing his mother as there was nobody around to restrain him,” he added.

Another family member who also confirmed the incident said:

“The sad incident happened at the deceased residence in Darussalam Area of Kpakungu community which is on the outskirts of Minna.

“She was in the kitchen preparing food when Stephen set her on fire.

“Stephen had for long, been a drug addict and had on several occasions attempted to harm the mother through various ways but did not succeed until this time.

“His late mother was a former principal at Maryam Babangida Science College, Minna.”

Reports have also gathered that the killer son has been arrested by operatives attached to the Niger State Police Command and will be charged to court for culpable homicide.