Fire outbreak in Gulani, Tetteba and Garintuwo communities of Gulani Local Government Area of Yobe State has destroyed several hectares of farmlands leaving farmers and other residents in despair.

Although the cause of the fire is yet-to-be-identified, affected farmers from the communities said the unfortunate incident lasted for over eight hours before it was brought under control. 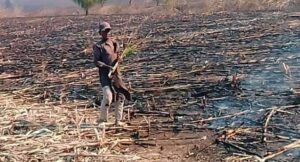 One of the farmers, Adamu Ali, called on the state government to come to their aid, as the damage is much and has taken a heavy toll on them.

“This is the worst thing that has ever happened to us in this area, the affected farmlands are up to seven kilometres and we do not know what to do. Everything has been razed down,” he said.

Confirming the incident, Chairman of the Council, Dayyabu Jibilwa said his team would visit the affected communities to assess the level of damage and know the assistance that can be rendered.

He said Gulani Local Government is regarded as one of the food baskets of the north-eastern region. 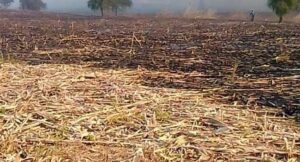 The affected council had within last week witnessed farmers/herders conflict in which two persons were confirmed dead with several others injured. 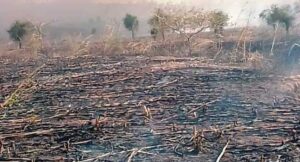