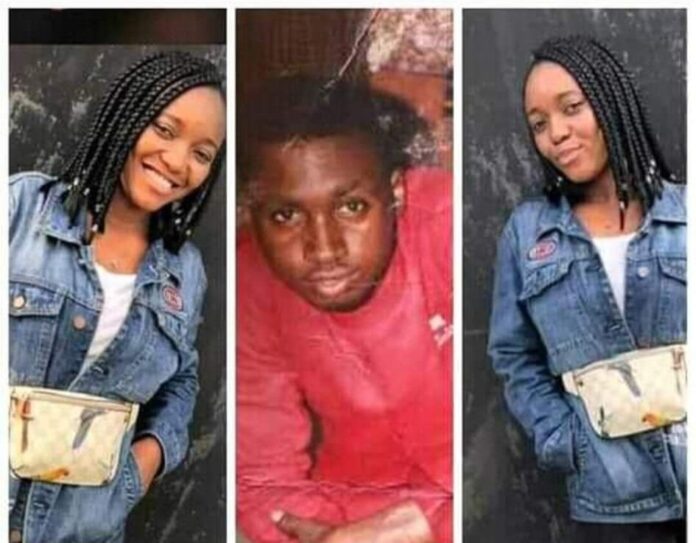 An Edo lady, Eunice Odigie has revealed that parents in Benin City, the Edo State capital are responsible for aiding and abetting activities of Yahoo boys there.

Odigie said this while reacting to a viral report of a Yahoo boy (Internet fraudster) identified as Osas, who allegedly killed his girlfriend, Elohor Oniorosa for ritual purposes in Benin city on Christmas eve.

“In Benin city, at least 90% of parents are aware that their daughters are dating Yahoo/ G- boys and they are 100% in support of it.

“In fact, most of the expensive weddings in Benin have young Yahoo boys as the groom…and you see the bride’s parent and siblings smiling “mumushly” when those yahoo boys start their money spraying display.

“If you listen carefully, you may even hear the bride and groom’s father shouting them get money!!!

“The era when parents question their child’s source of wealth is long gone!

“The era when parents question the source of wealth of their daughters’ suitors has totally faded out.

“Parents asking their daughters’ suitors what they do for a living is now for mere formality and not because they are truly interested in how they amassed their wealth.

“Sad… but this is our current reality.

“Before you pity that man whose son has just used for yahoo rituals, remember in Benin city, there are fathers who use their own money to buy a laptop for their young sons to start yahoo business.”

According to reports, Elohor Oniorosa who was a teacher in a private school was allegedly killed during a visit to her boyfriend, Osaretin David, a truck driver.

READ ALSO: Watch how Yahoo boy used girlfriend for money ritual in Osun after buying her…

Elohor’s mother, Comfort Oniorosa, told Channels that her daughter left the house for her boyfriend’s place thinking that his illness would have gotten worse.

Comfort Oniorosa also lamented that the victim didn’t brush as she urgently left to her boyfriend’s house after receiving a call from him, on Christmas Eve.

The victim’s father, Williams Oniorosa, said his visit to the house of her boyfriend led to the discovery of his daughter in a pool of blood in the apartment of her boyfriend. The situation prompted him and the landlord to alert the police authorities.

“When we got there, the landlord just pushed the door open and all we saw was that my daughter was lying in the pool of blood. Everywhere, both the bedspread, the whole wall of the house was stained with blood.

So I and the landlord of the house had to rush to the police,” he said.

The Police Public Relations Officer (PPRO) in the state, Bello Kontongs, confirmed the incident. He said that the victim was found dead with deep machete cuts on parts of her body, in the apartment of the young man who had recently returned from Ghana. He also disclosed that a manhunt was on to apprehend the suspect who is on the run.

The family of the deceased is seeking justice over her murder.

Meanwhile, the PPRO has said that the police would do everything humanly possible to unravel the circumstance that led to the murder of the victim.