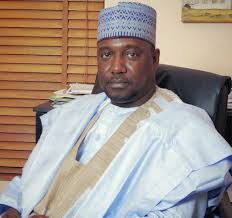 In a statement released by the Chief Press Secretary to the Governor of Niger State Mary Noel-Berje, Governor Bello explained how significant traditional and religious institutions are in achieving peace in the society, he enjoined them to deepen their participation in critical issues in the country especially insecurity that is ravaging some parts of the country, so that the entire nation will experience peace.

He described the newly crowned Oba, as a disciplined personality with firm religious and legal backgrounds as well as Human Rights activist who defended so many that were oppressed during the Military rule in Nigeria pointing out that the people of Ogbese in particular and Ondo State in general will not regret choosing the Alayede of Ogbese as their traditional leader.

”I know him very well, he is a man of the people and I can assure you that whatever it is that will bring development under his emirate, he will do it.

“I hope that the welfare and prosperity of the people of Alayede Ogbese will significantly continue to grow under his reign”, he said.

In His remarks, HRM Oba Olaleye Oluyede appreciated Governor Abubakar Sani Bello for honouring the event which he said coincided with his 40th Wedding Anniversary.

The Enthroned Oba, is one of the founding Directors of Mainstream Energy Solutions Limited, a Lawyer and an ordained Pastor of Christ Chapel International Church, who served as the inaugural Centre Pastor of the Ikeja Worship Centre for many years.