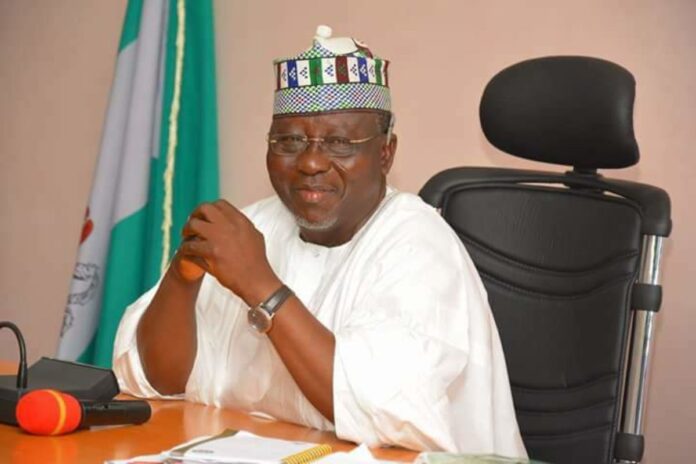 The APC chairmanship candidate, Senator Umaru Tanko Al-Makura has disclosed that he is vying for the position to promote cohesion in the party and help foster unity among Nigerians.

He made the disclosure when he met with the North-Central Peoples’ Forum leaders at the organisation’s secretariat in Abuja.

He said the nation began to totter towards the brinks when it “forgot” the sacrifices made by the region’s people to defend the unity of Nigeria during the 1966 Biafra civil war and beyond.

Senator Al-Makura who is the former Governor of Nasarawa State said that as a committed and loyal member of the Forum, he had always supported the organisation and sought its blessings for the APC chairmanship position ahead of the party’s national convention.

Al-Makura, who described the North-Central as a critical zone in the country, said that as a son of the region, he plans to ensure that Nigeria remains united. The geopolitical zone is not left behind in the scheme of things.

“My motive is not for the fun of the position, but the cohesion of the party, and also for the North-central region to partake in putting together and determining the fate of this country.”. He said.

“It is for this reason that we have come to solicit for your support, encouragement, blessings and prayers for my aspirations as I aspire to the office of the national chairman of the APC. It is high time we took our fate in our hands,” he said.

“The North-central has come to be. So, anyone from the zone which is aspiring for any position either in the party or in the country has my support,” he said.

The National Chairman of the Forum and former Minister of State for Health, Arc. Gabriel Yakubu Aduku, receiving Al-Makura and his supporters, described him as a pillar in the North-central region.

Nonetheless, Aduku stressed that the North-Central People’s Forum was a non-partisan group, but it would not shy away from supporting a ‘good product’ when and where it found one. We want to believe that at the end of it all, we will have cause to celebrate.