A mad woman in Fagge Quarters of Kano Metropolis, two days ago gave birth to a bouncing baby girl, without medical assistance and since then she is still in the same gutter with the small girl that is already showing serious sign of hunger and need for care.

Those living in the area told Neptune Prime’s correspondent that relatives of the woman who has been staying in the gutter for a long time know her whereabouts, and possibly have been passing her on a daily basis without making effort to take her for rehabilitation. 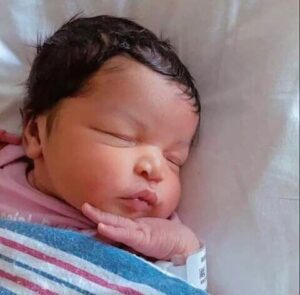 Residents said the woman was impregnated right in the gutter by people who have been bringing her food in the night but there is no way one can suspect that they are the ones taking advantage of her and now that she has delivered a baby girl one will expect the same people patronizing her to take her to the police or Kano Hisbah.

Health officials, local government officials or non governmental organisations should publicize her in the media for the governments attention to be attracted. Already the mad woman is breastfeeding the small girl and this is dangerous as she may mistakenly give her what might affect the health of the girl.

In a recent development, little Hanifa Abubakar of Kawaji Quarters Kano that was abducted 4 days ago is still nowhere to be found. 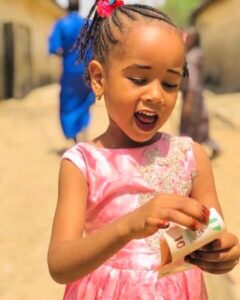 It could be recalled that a Napep operator that gave the girl alongside other students coming from Islamiyya a ride, took off with her to an unknown destination. Kano Police Command has confirmed this and his making frantic effort to trace the little girl. 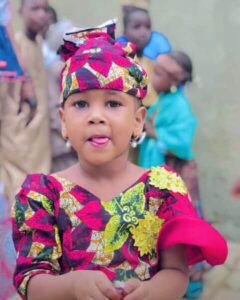