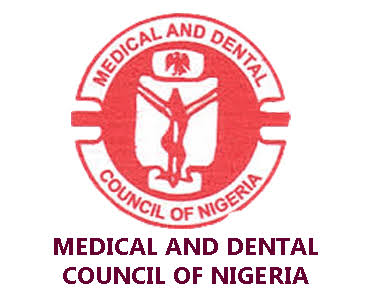 The Medical and Dental Council of Nigeria (MDCN) has been directed by the Senate Committee on Health (Secondary and Tertiary) to halt the mandatory attachment programme for medical graduates who schooled abroad seeking to take the council’s assessment examination.

The directive was given after an interactive session with management of the council led by its Chairman, Professor Abba Hassan, at the National Assembly in Abuja, on Monday.

Senator Yahaya Oloriegbe, Chairman of the Committee, said the attachment should be put on hold until the council can justify its necessity.

During the session, the council was also asked to explain why it restricted such attachment programme to locations chosen by it instead of expanding it to all centres in the country.

It therefore urged the council to provide the committee details on the cost of the programme.

The session was however heated following the inability of members of the panel to agree as to the need for the attachment or otherwise.

While Senator Oloriegbe appeared to favour the position of the council on the necessity of the programme, the Vice Chairman of the panel, Senator Betty Apiafi, insisted that such a programme should rather be made optional.

She accused the chairman of the committee of alleged bias for appearing to favour the position of the council that insisted the programme is necessary to remedy whatever deficiencies may exist especially with Nigeria medical graduates from Schools in Europe.

Apiafi called on the Council to put information on their website to warn Nigerians seeking medical education abroad on which schools to patronise to achieve quality.

She also insisted that medical graduates from foreign schools taking the council’s exams should be told what books to read especially in public health to reduce their rate of failure in the assessment.