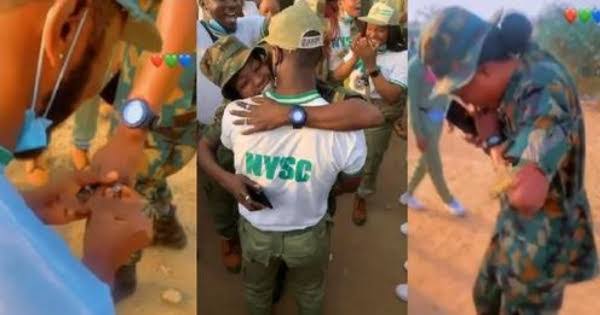 A trending video of a corps member proposing to a female soldier at the Yikpata orientation camp of the National Youth Service Corps (NYSC) in Kwara State has elicited a flurry of reactions.

The latest open display of affection happened at the Passing Out Parade of Batch B, Stream 2 during the week.

In one of the video clips, some corps members were seen having a discussion at a venue believed to be the parade ground of the orientation camp.

The discussion was still on when the yet-to-be-identified corps member, who is seen holding a ring, went down on one knee and popped the question to the soldier with the lady accepting the proposal.

The corps member then went on to insert the ring in the finger of the visibly excited soldier amid cheers from others at the scene.

The soldier could also be seen relishing the moment as she kissed the ring at intervals with smiles etched on her face.

In another clip, the pair were further seen sharing lovey-dovey moments. The corps member was seen wearing the lady’s military cap as she stood directly behind him.

They thereafter shared a kiss — much to the delight of other corps members filming the incident.

But according to Eons Intelligence, a platform for intelligence gathering and security updates, the female soldier had been detained by the Nigerian Army authorities after the video clip went viral.

The platform noted that a signal by the army stated that the soldier has been identified and detained at a military detention facility in Ilorin pending further investigations.

“Captain MM Abdulahi, Kwara State NYSC Camp Commandant, in the signal said the female soldier had intentionally isolated herself from other soldiers before the act,” the report read.

A military source, however, said she was detained for not “due for marriage, romancing on uniform publicly, absent on parade, indiscriminate behaviour, doing other things aside from her purpose in NYSC camp, disobedience to the standing order of social media rule and disobedience to ethics and tradition of the Nigerian Army.”

Meanwhile, Nigerians have hailed a corps member who mustered boldness to propose to a female soldier as it is in no way a small feat. 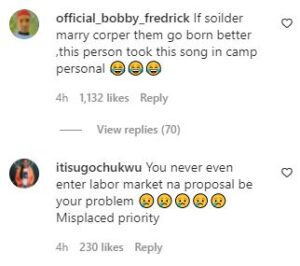 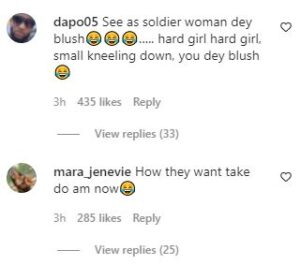 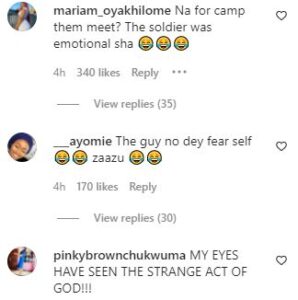