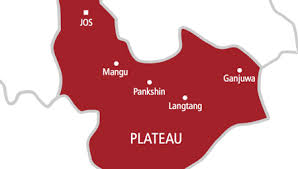 Darong commended the Chief Justice of Plateau state, Hon. Justice Yakubu Gyang Dakwak for the unveiling of the policy rule.

Stressing that the unveiling of new rules has put to rest some of the teething problems that have been facing speedy dispensation of criminal cases in Nigeria and Plateau state.

Barr Niri Darong gave the commendation in an interview with Neptune Prime during the unveiling of Administrative of Criminal Justice Law Practice Direction, No1 2021 held at the State High Court complex, Jos in Plateau state.

As the member of the committee set up by CJ for the drafting of criminal law reforms 2021, he commended the Chief Justice for his mission and vision to bring relief to the slow pace in the dispensation of criminal justice in the state.

Adding that with the unveiling of the new reform law which was expected to have commenced since 1st December 2021, many teething problems is assumed to have been addressed.

Niri pointed out that there were confusions on how to go about most cases before trial, which usually comes through summons, motion before arraignments and other complicating issues, believing that all will be addressed in the New Practice Direction.

He further said under the new practice direction, there is a case management conference which gives room for the judge to fix date on when case is to commence both for the prosecution and the defendant, provision for transport allowance for witness determined by the distance of their location, bail before trial, time frame for written addresses and the way to go about it. As most of these reforms were not there before the new ones, which had formed a clog in the wheel of quick administration of criminal justice law in the state, adding that the reform will help to fast track the administration of criminal justice law in the state.

Barrister Niri Darong however said with these justice reforms, the judges and lawyers now have a lot to do, stressing that only those who work extra hard will survive the reforms.

Similarly, he outlined that in other states where there is so many cut and paste in administrative justice law reforms, Plateau state is peculiar, because of the members that make up the committee for the reform, most especially the committee chairman, Justice Arum Ashom and others despite coming from different legal background.

He applauded the thorough job done by the committee to come out with the new justice reform 2021, which covers criminal justice law in all sections.

“I know that human beings are not perfect, but when the time comes for review, criminal justice will be reviewed”. He promised.