Home News Local Release any video on Ganduje and we will upload your dirty videos,... 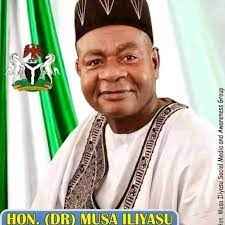 Speaking to Neptune Prime, the commissioner said, “There are some things we have decided to keep quiet over them, Jaafar Jaafar released his videos which we took it in good faith, now you Bashir Gentile is blackmailing us with a video on a dollar bribery scandal, go ahead, we also have our videos, and if you ended up ridiculing our boss with fake videos, God knows we will release videos about you that you will find it difficult to live your life.”

At the time of filing this report, some senior citizens of the state especially politicians are advising both Gentile and Musa Iliyasu Kwankwaso to take it easy, and not take any action that will portray Kano in bad light outside the state, especially Kano being a Shariah State and has a very powerful traditional institution.