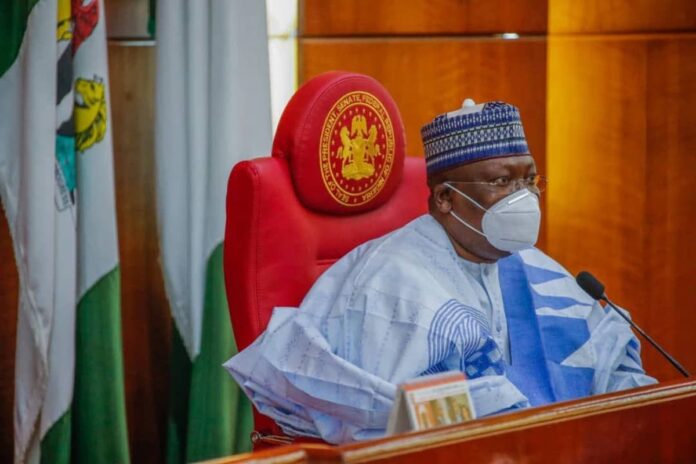 Senate to delay passage of 2022 budget

The National Assembly has shifted the passage of the 2022 budget to next week, to enable it to accommodate preparations for 2023 elections and the 2022 National Population Census.

Senate President, Ahmad Lawan announced this during the plenary on Wednesday.

The upper chamber had said it would pass the 2022 budget on Wednesday, but it appears the delay in capturing the financial requirements of the Independent National Electoral Commission (INEC) and the National Population Commission (NPC) in the 2022 budget may be responsible for the failure of the senate to pass the budget yesterday.

Speaking in an interview with journalists, the Chairman Senate Committee on Appropriation, Senator Jibrin Barau, said the commission has met with officials from INEC and NPC to discuss the problem of insufficient funds in the budget of the government agencies.

“We had a very robust and frank interaction with INEC and the National Population Commission in respect to the complaints we have had in different quarters about the inefficiency of funds that have been provided for them in the 2022 appropriation bill,” Senator Barau said.

“Because of the stance of the Senate of the Federal Republic of Nigeria that these two institutions need to be properly catered for in terms of their funding, we all know the importance of election in this country and indeed the entire world, it is the foundation of every democracy.

“I can’t tell you whether it will be passed this week or not because we are still working on it, you can make your calculations.”

Based on Barau’s comments, the Senate adjourned the plenary till December 21, 2021, thereby foreclosing its earlier projection to pass the budget this week.

This comes as the NPC proposed N400 billion for the proposed conduct of next year’s national census.

The committee said submission received from the NPC would be added to the one expected from INEC next Monday to be part of the report to be laid before the Senate for consideration and passage next week.

President Muhammadu Buhari had on October 7 presented the 2022 Appropriation Bill for an aggregate of N16.39 trillion to the joint session of the National Assembly.

The President described the 2022 Appropriation as the Budget of Economic Growth and Sustainability.