No fewer than 23 bus passengers travelling from Sabon Birni Local Government Area in Sokoto State were burnt to death when terrorists torched it on Monday, police and residents have confirmed.

The Sokoto State Police Commissioner, Kamaludeen Okunola, confirmed the figure after briefing Governor Aminu Tambuwal in an emergency security meeting summoned by the governor on Wednesday.

According to him, the victims were said to be local migrant traders heading to the Kaduna village market in Gadan Gayan.

The CP described the incident as unfortunate, noting that security personnel have been mobilized to the area to fish out the perpetrators and prevent a recurrence.

Earlier, the spokesman of the Sokoto Police Command Sanusi Abubakar had narrated that a vehicle, which was conveying twenty-four passengers, was attacked by bandits, leading to the death of eighteen persons.

He, however, explained that after verifying from local authorities and police officers on the ground, it was confirmed that the vehicle was conveying thirty passengers.

The police spokesman said only nine of the occupants survived while twenty-one were burnt beyond recognition.

Villagers said the vehicle conveying the travellers was ambushed and shot at before the suspected bandits burnt the vehicle and its occupants. 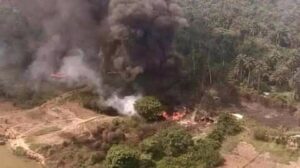 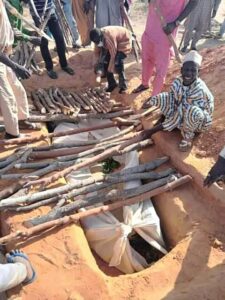 One of the hospitalised survivors of the attack narrated his ordeal to Rundunar Adalci, a human rights group.

“I’m from Rumbukawa. We were attacked by bandits yesterday before we reached Bayin Gidan Bawa.

“They shot several people that tried to escape and burnt down the vehicle. I don’t know what happened to my co-passengers but two of us miraculously escaped death,” he said.

“They were 24 people including men and women in the bus. There were several infants and children in the vehicle.

“For now, we have eight people with several degrees of injuries that have been taken to the General Hospital in Isa town. The chairman of Isa town has settled the medical bills,” he said.

Mr Guyawa said five of the passengers died in the hospital. He said they were three women, a girl and a man.

Sokoto State, just like other states in the North-West region has been ravaged by banditry of recent, which has led to the loss of lives and properties.

As part of measures to contain the situation, the state government shut down telecommunication services in some selected local governments, perceived to be the worst hit by the bandits.