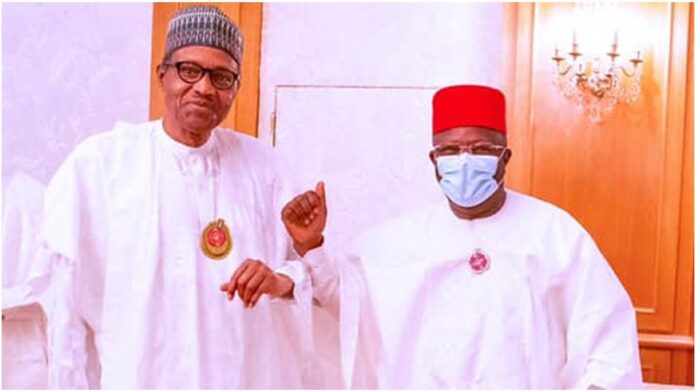 The Ebonyi State Governor, David Umahi on Tuesday declared his 2023 presidential ambition at the State House in Abuja.

READ ALSO: I will contest for president next year – Tinubu (Video)

Both men are members of the ruling All Progressives Congress (APC).

Umahi, speaking at a press briefing after meeting with President Muhammadu Buhari, said his presidency will replicate his progressive efforts in Ebonyi at the national level.

He said he intends to bring a business-like spirit into governance.

According to him, President Buhari responded to his interest by asking him to seek the support of the people.

Umahi, who doubles as Chairman of the South East Governors’ Forum, is also canvassing for a political solution to the insecurity problems in the region.

The Ebonyi state governor said he supports a political solution to the insecurity problems in the South East, noting that economic activities of the region have been greatly impacted.