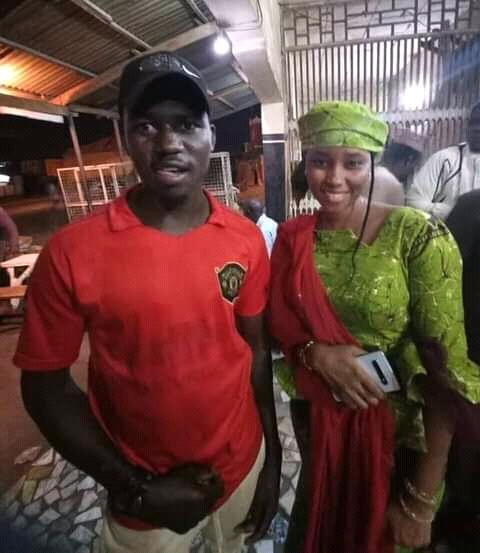 Bilkisu Shema, one of Kannywood’s popular actresses, demonstrated her appreciation for a fan when she decided to pay him a surprise visit.

The actress, who believes that love can be real if one is sincere and honest, showed this by travelling all the way from Kano to Katsina, to meet a young man that she met through social media.

Before she travelled to Katsina, the young man in question had been posting several messages on Facebook and Instagram that he would do anything in his life if Bilkisu Shema will accept to be his casual friend; he emphasized that he is not asking for friendship or for them to be lovers, but just for her to reply his messages even once.

Similarly, the young man explained that he had just finished secondary school and has no job but always frequents one mai shayi’s joint, which is where they always discuss football, politics, or actors and actresses in Kannywood. In response to his request, and to his greatest surprise, Bilkisu Shema sent him a message asking him to fix a date that she will go to Katsina and see him.
Although the young man did not believe her, he replied, telling her where he would be.

He disclosed that his name is Buhari, popularly known among his colleagues as Buhari Bross.

To his surprise, one day at their normal joint, a 406 tinted car pulled up near them and Bilkisu Shema came out of the owner’s seat heading straight towards Buhari Bross. He was speechless when she approached him and greeted everyone present, saying, “Okay, I am here”. The two chatted for some time before she took off but not until they had taken some photographs which will forever remain in his memory.