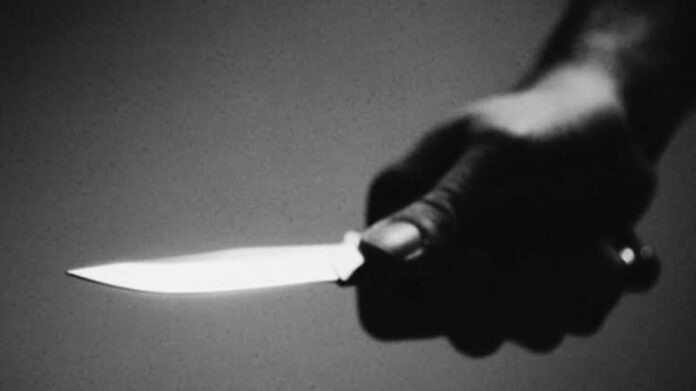 The Delta State Police Command has confirmed the death of a yet-to-be identified man who was stabbed by his daughter’s lover at Otu -Jeremi, headquarters of Ughelli South Local Government Area of Delta State, Wednesday night, January 12, 2022.

According to reports, the incident occurred when the deceased returned home from a journey and found the suspect identitied as Paul, in a romantic mood with his daughter and argument ensued between the two.

READ ALSO: Wife stabs husband to death after catching her with lover

DSP Bright Edafe, the state Police Public Relations Officer (PPRO) who confirmed the incident said, “In the process of asking what was going on, an argument broke out and they started to fight.

“As they were fighting, the suspect stabbed the man with a broken bottle. The man died before he could get help.”

He further said: “The suspect went to a lady’s house. He claimed he heard a child crying, so he went there to carry the child when the deceased came and said ‘what are you doing with this child?’

“In the process, they started fighting and along the line, the suspect took a kitchen knife and stabbed the deceased.” he narrated.