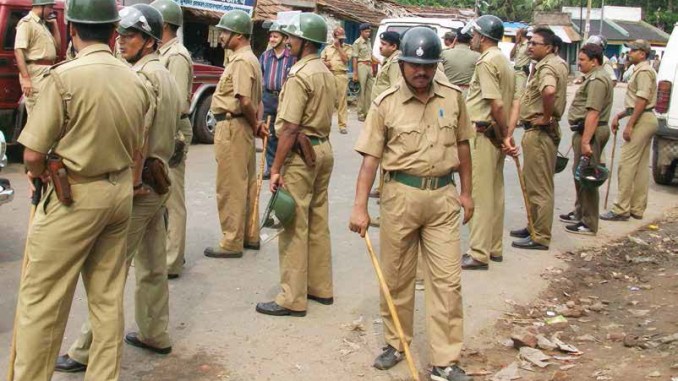 Chukwu Ogbonna David, most wanted drug dealer on the Interpol list, has been reportedly arrested in India.

37-year-old Ogbonna also known as Tony, was arrested in Hyderabad, the capital of southern India’s Telangana state alongside nine accomplices on Thursday.

According to the police in India, Tony was said to have established a network of agents in different places including Mumbai, Goa and Hyderabad and after accepting online payments, supplied the drug.

“Tony carried out his activity mostly in South Indian States. We are also probing if the consumers were hosting parties and using the drug,” the police noted.

Tony was taken into custody from Mumbai and on the input given by him nine consumers, mostly businessmen, were apprehended, with 10 grams of cocaine seized from them.

“Niranjan and Sagar took the SIM cards of their office boys Srikanth and Subba Rao to speak to Tony. Hence the office boys were also booked. The police were also probing if the seven persons were supplying drugs to others,” he said.

According to police, the main supplier Star Boy used only WhatsApp or VOIP network to contact his agents.

“He does not meet anyone nor does he interact through direct phone calls. We suspect he is operating from some African country and through his network supplies the drug in containers shipped to India.

“The City Police would be writing to the Ministry of External Affairs and Ministry of Home Affairs seeking help in contacting the Nigerian government to nab Star Boy,” Anand said.

“The Siasat Daily reports that Tony, who migrated to Mumbai from Nigeria in 2013 on a temporary VISA, and illegally staying in Mumbai since, decided to enter into drug business 2017 and developed contacts with consumers in Mumbai, Goa and Hyderabad.

“As per the plan, the accused established a network system in India by engaging local agents by giving them good money for supply of drugs, the police said.

Tony was transporting drugs from Mumbai to Hyderabad with his agents and delivering them to customers and transferring the amount via online to his agents’ accounts, the report disclosed.

“Tony did not expose himself to agents or customers and was using international phone numbers to communicate through WhatsApp calls and VOIP calls and was delivering drugs to customers through his agents. Tony has 15 to 20 customers in Hyderabad,” the Commissioner added.