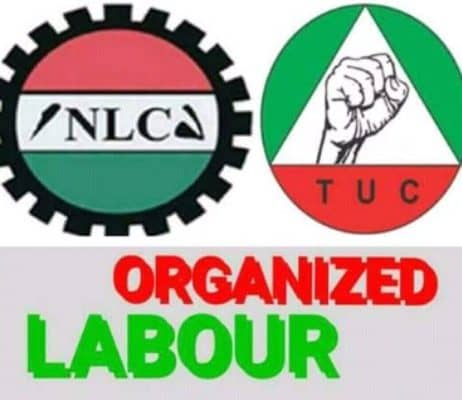 The Organized Labour in Kogi State has issued a 14-day fresh ultimatum to the Kogi State Government to implement the N30,000 new minimum wage or it will embark on indefinite strike action.

Addressing a press conference in Lokoja on Friday, shortly after the meeting of labour leaders, the Kogi State Chairman, Nigeria Labour Congress (NLC), Comrade Onuh Edoka lamented that the current administration in the state led by Governor Yahaya Bello has not added any value to workers since it came on board in 2016.

The NLC Chairman noted that the committee on a minimum wage set up on 14th February 2020 by Governor Bello had refused to submit its report for the implementation of the new minimum wage and its consequential adjustment of 23 per cent.

Edoka added that the present administration has refused to cashback promotion arrears for workers and has continued to pay percentage salaries to Local Government workers and Pensioners in the State without considering the present economic hardship.

He explained that the strike action will take effect after the expiration of the two-week ultimatum which begins from 25th January 2022.

The last promotion that was implemented in Kogi State was in 2013. To this end, Kogi workers have been on the same salary which they have been upon since 2011.

“It was equally resolved that the value not added to Kogi Workers include none payment of leave bonus, none implementation of annual increment. In the end, the livelihood of Kogi workers has always been the same, making the workers completely poor.

“It was equally resolved in this house that the percentage salary paid to Kogi workers at the Local Government level, inclusive teachers, pensioner’s and health workers be brought to an end with immediate effect.

“It was equally resolved in this house that in view of this, the Kogi State Government should ensure that labour is engaged in fruitful discussion or else nothing will stop the strike action as it ought to be as the ultimatum will begin on the 25th and it will expire on the date therein.

He emphasized that the planned industries actions will cover all categories of workers in Kogi State.

Explaining further, Edoka said, “Once you are a State Government worker or Local Government worker, you must be part of this strike. It is so annoying that since 2020, a committee was put in place to return its report within four weeks, have tuned to become exactly two years. The union in this state and the entire leadership, including workers have continued to show understanding to the government of the day that is why we never allowed any dispute.

“But this understanding has been taken for granted and have shown fully that we the leaders of various unions in this state and workers don’t understand what our rights look like. I say this because it is until the national headquarter had directed us to proceed on an indefinite strike that we are now waking up from our slumber to join the strike.”

While apologizing to Kogi workers for not yielding to their call to embark on industrial action in the last two years, Edoka said all effort to meet with the Government to improve the welfare of workers had proved abortive.

“It is an understanding to show peace, and understanding for any leadership to succeed. But this has been eroded by the actions of the Kogi State Government,” he said.

The Labour leader averred that the Government of Alhaji Yahaya Bello is not ready to implement the new minimum wage.

Edoka, who also hinted that all Workers including residents of Kogi State will fully participate in the proposed nationwide protest on 27th January 2022 over the proposed hike in the price of premium motor spirit, popularly called petrol, used the medium to call on Nigerians to rise against the draconian leadership of the Federal Government, adding that, it is an obnoxious move to further impoverish the common masses.