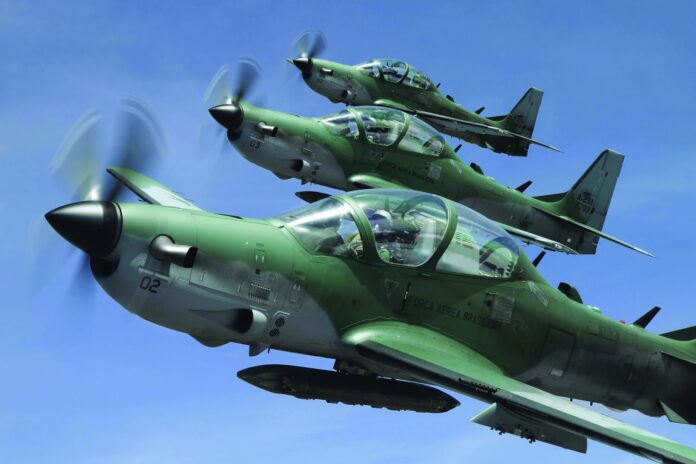 The Nigerian government has revealed that it had obtained clearance to deploy the Super Tucano jets purchased from the United States against the marauding bandits ravaging the country, particularly in the North-West and North-Central states.

The Attorney-General of the Federation and Minister of Justice, Abubakar Malami (SAN), revealed this during an interview on Good Morning Nigeria, a breakfast show on the Nigerian Television Authority (NTA).

He also said his office was in the process of gazetting a court judgement that ordered the government to declare bandits as terrorists, adding that the process would be concluded in a matter of days.

The military had been reluctant to deploy the aircraft outside the North-East because of the conditions attached to the sale of the aircraft by the United States, which was anchored on human rights.

But the AGF said on Tuesday that the coast had become clear to deploy the Super Tucano aircraft against bandits in the North-West and North-Central, following the court order declaring them as terrorists.

He said, “Now, we are confronted with another threat in the North-West associated with banditry, kidnapping, cattle rustling and in all these, these people are using weapons to attack Nigerians, kidnap them and created a situation of serious security challenge and fear in the system.

“Whatever military hardware you acquire there are limits within the context of the international convention as to how it can be used when it can be used and against who it can be used. And that is how the idea of looking at the activities of the bandits, cattle rustlers, kidnappers come into being.

Recall that last year, the Federal Government took delivery of the fighter jets after many months of delay but the US at the time had not given a blank cheque to Nigeria on the use of the fighter jets. The US also floated a monthly schedule to monitor the deployment of the jets, the battlegrounds and the purpose of the deployment. Some US officers have been coming to Nigeria to evaluate the use of the jets in line with the terms of sale.