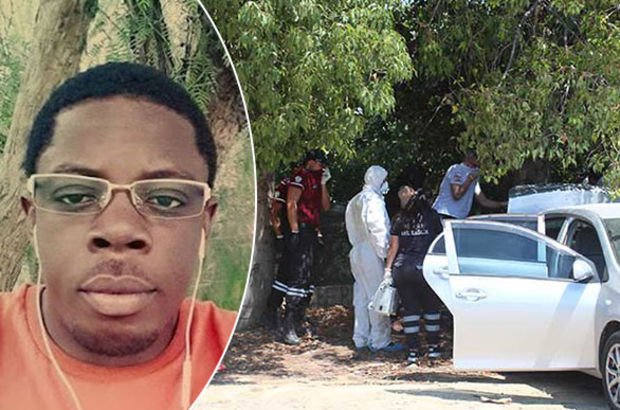 A Nigerian man, Sunday Osemeahon, has been sentenced to 32-year imprisonment after a jury found him guilty of the murder of another Nigerian, Obasanjo Adeola Owoyale.

The accused person, Osemeahon had allegedly killed the victim, a family friend who had given him a lift after withdrawing a high sum of money from the bank.

Obasanjo was declared missing on July 1, 2019, but after eight days, he was found dead, wrapped in a blanket inside the trunk of his car parked in an open area near the Martyr Hussein Ruso Middle School in Lefkosia, capital city of Cyprus.

His feet were tied with a belt. On his head was a large cut, with a trace of his blood on a car found at the scene. An autopsy revealed that he died from a brain injury and from broken head bones.

The Cypriot police, during investigation, examined camera images around the area and identified the last place he visited, which led to the arrest of 11 people in an organized early morning operation in a three-storey apartment building located just about 200 meters from where the car was found.

READ ALSO: Nigerian student in Cyprus sentenced to 27 years in prison for killing roommate over a girl

Over 38 people were questioned during the period of investigation.

During the investigation, police found bloodstains on the wall of the apartment and took several items, including a knife and a blood-stained carpet, for examination. Forensics proved it was Obasanjo’s blood.

Police findings revealed that Obasanjo was murdered over a dispute concerning 32,000 euros (N15million) while about 36,241 euros (N17million) was withdrawn from his account during the period.

Following series of appearances in court, all those arrested, mostly Nigerians, were released from detention with no case brought against them in connection with the murder.

However, one of the suspects had left for Nigeria: Osemeahon. On September 29, 2019, he was arrested during immigration process at the Istanbul Airport in Turkey and handed over to Turkish Cypriot police.

According to reports, the suspect was travelling to Dubai when he was arrested but he claimed he was actually heading to Cyprus to clear his name.

He was taken to court the following day on charges of manslaughter and robbery.

The police prosecutor told the court that the accused murdered Obasanjo on Monday, July 1 and then fled the country on July 4, 2021.

Judgment was delivered on Friday by a court in Lefkosia.

Fadil Aksun, president of the Lefkosa Heavy Penal Court, announced that the jury unanimously sentenced the accused to 32 years in prison. He said the accused accepted all charges of premeditated manslaughter, manslaughter, and robbery.

Aksun, who described the crime as serious and deserving of a long prison term, said the robbery element; defendant’s use of an assault weapon in the murder; use of barbaric and ruthless methods; and what he did to the dead body after the act were aggravating factors.