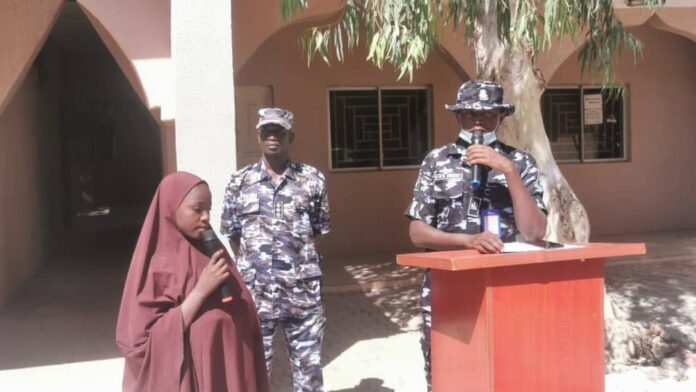 Police operatives have rescued 21 kidnapped children including two girls who were coming from Rini village in Bakura area of Zamfara state to Katsina state for Almajiri Islamic school.

According to Police report, the children were abducted on Friday night by bandits while being taken to an Almajiri school in Zamfara State.

The bandits were said to have blocked the Gusau-Funtua federal highway in Tsafe Local Government Area in the state and abducted several people in five vehicles, most of which are commercial.

The police spokesperson Mohammed Shehu in a statement said some of those abducted have been rescued.

He said the police acting on information that bandits had blocked the road, sent a team to dislodge the gunmen.

“The police operatives succeeded in rescuing 21 kidnapped children traveling from Rini village in Bakura area of Zamfara State to Katsina State for Almajiri Islamic school. Their scholar, Lawali Ibrahim, and the driver of the vehicle are among the victims that are currently in captivity,”

Mr Shehu said the commissioner of police had deployed more officers to complement the effort of the joint security operatives working to rescue the remaining victims and apprehend the perpetrators.

He also called on drivers to avoid night journey.