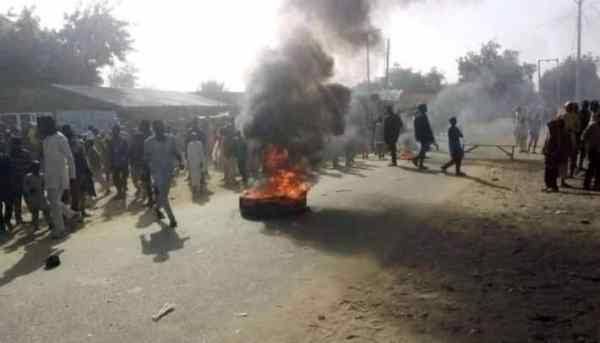 Hundreds of youths have stormed the streets of Gashu’a town, the headquarters of Bade local government area of Yobe State to protest the alleged killing of a young truck driver identified as Mohammed Musa by security operatives.

The youths set tires and other property ablaze and demanded justice for the deceased whom they described as a peaceful and law-abiding person.

Musa was allegedly shot dead on Friday evening at a petrol station while scampering for safety when the armed men arrived on a motorcycle to enforce the ban on the sale of Premium Motor Spirit (PMS), also known as petrol, in jerrycans.

According to Adamu Hassan, who witnessed the incident, the sudden arrival of the soldiers caused panic among the people who were at the facility.

“The military personnel drove into the station on motorcycles and other military vehicles with their heads covered, which caused panic,” Hassan narrated. “But they asked the people to calm down. A scared driver who attempted to escape was shot dead on the spot.” 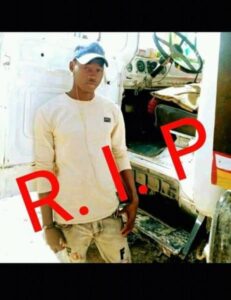 Another source, who pleaded anonymity, said, “The military (operatives) were patrolling filling stations that are selling the prohibited Premium Motor Spirit in jerry cans.

“On sighting the military, all the people in the station were trying to escape which led to the shooting of the said driver.”

As soon as the man was killed, irate youths took to the streets in protest of the shooting, wielding sticks and chanting various solidarity songs to demand justice.

One of the chants in their local language, “Bamu yar da ba,” is translated as “we will not agree to the killing of our driver by the military.”

When contacted, the spokesman of the Police Command in Yobe, ASP Dungus Abdulkarim, confirmed that his officers have restored law and order in the area.

He said the matter was under investigation and anyone found wanting would face the full wrath of the law.