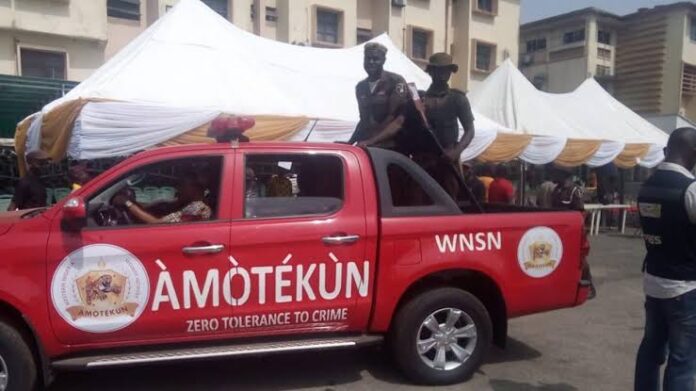 Operatives of the Western Nigerian Security Network, (Amotekun) in Osun State have apprehended a 35-year-old Ganiyu Wasiu supposedly the father of Muizzat over possession of fresh human parts.

The duo were arrested at the Oke-Fia area of Igege Town in Olaoluwa Local Government Area of the state.

Ganiyu who was prevented from being lynched by an angry mob claimed that he was set up by her daughter’s husband, according to reports.

Giving details of their arrest, Amitolu Shittu, Amotekun Field Commandant in the state said that his men made more arrests aside from the two initial suspects and they have been handed over to the Department of State Service (DSS) for further investigation.

“Seven more suspects were arrested in Iwo town in connection with the fresh human parts. The identity of the corpse is yet to be known.