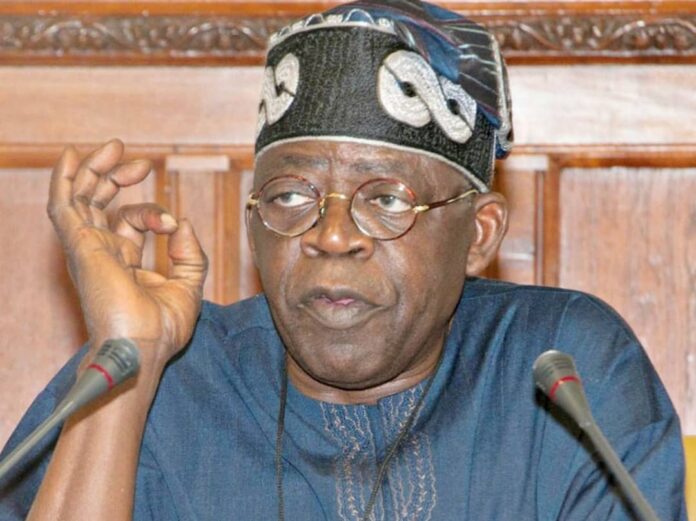 National leader of the All Progressives Congress (APC) Bola Ahmed Tinubu has said he will definitely contest for president in the 2023 general elections.

The ex-Lagos governor told correspondents after his meeting with President Muhammadu Buhari that he informed the president of his intention to vie during their meeting earlier on Monday at the Presidential Villa, Abuja.

While speaking with journalists at the State House, Tinubu said it has been his life-long ambition to be president of Nigeria.

Watch the declaration video below;

According to him, the President is a democrat and therefore, has not asked him to stop the pursuit of his ambition which for him is life-long.

The APC leader and former governor of Lagos State stressed that he has the confidence, vision, and capacity to build on the foundation laid by President Buhari to turn around the fortunes of the country.

At some point, reporters asked him what it feels like to be in the presidential race with the Vice President, Professor Yemi Osinbajo, who has also been tipped to succeed the President.

Tinubu, in his reaction, declined to give a definite response, saying he would not speak about individuals.

Rather, he insisted that the drift and failures of the Peoples Democratic Party (PDP) were being corrected by the present administration.

This, he stated, has been achieved through the provision of infrastructure such as rail lines and good roads which have impacted the frequency of fatal crashes and deaths etc.

The APC national leader also rejected claims in some quarters that he should remain a kingmaker and not venture into the race as a king.

While stressing that he was unwavering in his ambition to become president, he gave the assurance that the ruling party’s national convention would hold properly.

Tinubu, however, believes the President will determine whether or not it will be conducted next month, as leader of the party.